Sharonda Sampson is the proud mother of No. 1 NBA Draft Pick, Zion Williamson -who was chosen by the New Orleans Pelicans.

Sharonda’s 18-year-old son got emotional after being chosen first by the New Orleans Pelicans, as it was expected. He was named college player of the year after his only season for Duke in which he averaged 22.6 points.

The former Duke star who is 6ft 7in and 129kg; didn’t let the opportunity go by without thanking in a big way to his mama. He said during an interview with ESPN
“I wouldn’t be here without my mom. She did everything for me. I just want to thank her. … She put her dreams aside for mine.” 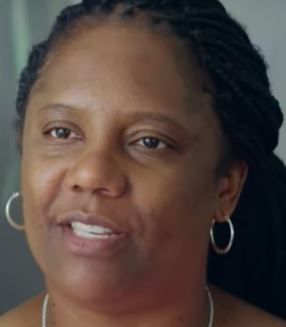 Zion Williamson parents, Lateef and Saharonda are however no longer together as they divorced when he was 5 years old. Sharonda has since remarried her current partner, Lee Anderson.

Zion’s stepfather; Lee Anderson -also played basketball as a student/athlete at Clemson; and even worked with Zion to develop his game. According to Sports Reference, Lee played for the Tigers from 1975 to 1978 but averaged just 1.6 minutes per game. Zion has been careful in the past to thank both his father and stepfather for his training.

Sharonda Sampson and Lee Anderson are the parents of Zion’s younger brother, Noah.

Sharonda who ran track at Livingstone College is now a middle school teacher. According to reports, the mom of two serves as a middle school health teacher in Greenville. There’s no doubt Sharonda has been there for her son every step of the way.