Samantha Loida-Telfair is the lovely wife of former NBA player, Sebastian Telfair –currently on trial for weapons and drug possession.

Samantha’s husband was once one of the most highly-prized players in the county. He was born June 9, 1985; the New York native was set to play basketball at the University of Louisville after high school, but instead decided to go directly to the NBA.

The point guard played for 6 NBA teams after being drafted by the Portland Trail Blazers in 2004. He signed a three-year, $5 million contract. At one point Telfair also signed a six-year, $15 million shoe contract with Adidas. However, Telfair never produced as he was expected. He last played in 2014-15 for the Oklahoma City Thunder. The 6’0″, 165-pound guard averaged 7.4 points and 3.5 assists per game during his career.

He was busted in Brooklyn in June 2017 carrying three loaded pistols ammunition, extended magazine, and a ballistic vest in his blue F-150 pickup. This wasn’t his first gun-related arrest. In 2008, Sebastian had been convicted of criminal possession of a weapon in the fourth degree. His license to drive in New York State had been suspended as a result. 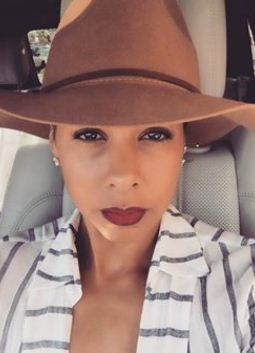 Telfair and wife, Samantha, have been together for over a decade. The couple dated for several years before getting married.

Samantha Loida-Telfair, formerly known as Samantha Rodriguez is a wardrobe stylist and personal shopper. According to her LinkedIn, she holds a BS Sport Management from St. Johns University.

She also trained at the School of Style – LA and the Fashion Institute of Design & Merchandising (FIDM) LA.

Samantha Telfair and Sebastian share two children together, Samaya Brooklyn, born on October 21, 2005, and Sebastian Jr. born in 2007. The couple are said to be currently estranged.

The former NBA wag filed a restraining order against him in 2018 after he had a violent outburst at her house and smashed a car windshield.

Samantha Telfair also recently testified that she had seen her husband’s with multiple weapons, including a gas-operated submachine gun.