Christine Vargas is the hottie dating NBA big guy, Robin Lopez. Her NBA stud is currently a center for the Chicago Bulls.

He later played college basketball for Stanford University –where he was a Pac-10 All-Defensive Team selection as a sophomore.

Robyn was selected with the 15th pick in the 2008 NBA draft by the Phoenix Suns where he spent his first four years. He later got traded to the New Orleans Hornets in 2012. By the following season in 2013, he was traded again to Portland –where he had one of his best seasons, averaging 11.1 points per game, to go along with 8.5 rebounds and 1.7 blocks.

Also in 2016, Lopez began dating his **** girlfriend, Christine Vargas and you just have to meet her! 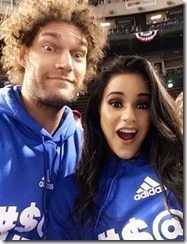 The brunette might be a bit too short for Lopez but she is Wag quality all the way. The smokeshow was born March 8, 1991. Accoridng to her LinkedIn, she attended University of South Florida.

She’s currently an Account Executive working with the Portland Timbers where she began working in 2014. She previously worked at Viking Athletic Partnership, and as an intern for the University of South Florida Athletics.

Christine Vargas obatined her Bachelor of Arts in Organizational Communication from the University of South Florida in 2013.

Just in case you’re wondering, miss Vargas is also close to her beau’s identical twin brother Brook –who plays for the Brooklyn Nets. 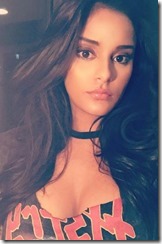 There’s no doubt Christine is just fabulous, just a quick glance at her Instagram and you’re instantly drawn to her warm smile and mesmerizing look.

The brown eyed girl is always smiling and having a good time even if is just by herself or when in company of her man or her loyal dog, Muppet.