Ashley Bachelor is the long time girlfriend of NBA player, Rajon Rondo. The couple has been together for years and have two children together. Meet her below.

Ashley’s man was born Rajon Pierre Rondo on February 22, 1986. the Kentucky native played two years of college basketball for the Kentucky Wildcats before he was drafted 21st overall by the Phoenix Suns in the 2006 NBA draft.

He played his rookie season for the Celtics helping Boston to an NBA Championship in 2008. He was selected to his first NBA All-Star game in 2010. He led the NBA in steals in 2010 and assists in 2012.

During the 2014-15 NBA season, he was traded from the Celtics to the Dallas Mavericks. He then signed with the Sacramento Kings prior to the 2015-16 season.

The four-time All-Star, one-time All-NBA team selection, and a four-time All-Defensive member –has been in a relationship with his NBA wag, Ashley Bachelor for many years. 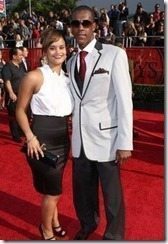 Born in 1986, Ashley Nicole Bachelor is a hairstylist by profession. The Detroit, Michigan native first met her man while attending college together. Both Ashley and Rajon attended the University of Kentucky over a decade ago. Some sites refer to her as his wife, though is not clear whether the two are actually married. 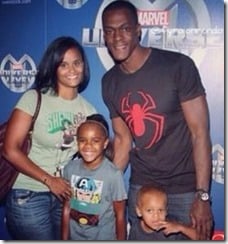 In 2008, the same year her man was a rookie with the Celtic’s Ashley Bachelor gave birth to the couple’s first child, daughter Ryelle. Two years later, it was reported, Rondo popped the question and they have been engaged ever since. The couple has also welcomed a son, Rajon, Jr.

Through the years and four different NBA teams later, Ashley has been pictured showing her support to her man while attending a number of charity events, that most NBA wags are expected to get involved with.

The lovely mom of two can be found on Facebook here.