Tara Guber is the long time wife of Hollywood exec and Golden State Warriors owner, Peter Guber. The two have been married for decades and share four adult children together.

Her hubby 75, is none other than Chairman and CEO of Mandalay Entertainment Group. The film producer is also co-owner of the LA Dodgers, the Los Angeles FC and the professional eSports organization Team Liquid.

Her Boston native husband was born March 1, 1942. his fortune is estimated to be around 400 million. 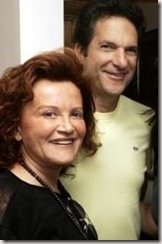 Tara Lynda Francine Gellis became Mrs. Guber in 1965. She is a yoga teacher, philanthropist and entrepreneur. She is best known as the founder of Yoga Ed.™ Both she and her husband are big ‘yoginis.’

She met her husband of 52-years while attending Syracuse University. 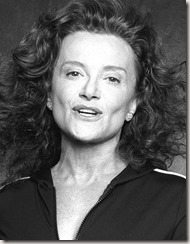 She first became introduced to Yoga after someone recommended it to help her hubby with a bad back.  Nowadays, she is also the creator and author of CONTACT YOGA – partner yoga, supporting relationship on and off the mat. Her e-book Contact Yoga, launched in 2013.

Tara has been doing Yoga for over three decades. She has authored two other books, Yoga Moves with Alan Finger and Contact: The Yoga of Relationship with Anodea Judith. She studied with yoga masters all over the world for years, becoming a prominent health and wellness advocate for decades.

Through the years, Tara has also developed in into a glamorous Hollywood wife. Aside from Yoga she’s also known for her activism and philanthropic efforts.

Prior to founding YogaEd, she co-founded Education First!, a non-profit utilizing the resources of the entertainment industry to promote American education, which successfully produced television programming including a two-hour educational special , “Back To School” for CBS.

She also served in a number of boards including the UCLA Health Board and The Joyful Heart Foundation, as well as the Golden State Warriors Foundation Board.

Tara and her husband welcomed four children, daughter Jodi and Elizabeth and sons, Jackson and Samuel. Jodi Guber Brufsky is the owner of Beyond Yoga, a successful yoga clothing company.