In a world filled with basketball fans, the name Russell Westbrook is not unknown to anyone. The American player represents the NBA’s Los Angeles Lakers and is a champion with the NBA’s Most Valuable Player Award. Everyone is aware of his game ever since he started representing himself in the world of basketball.

In this Article hide
Who is Nina Earl?
Take a glimpse of their wedding here:
Think you know everything about Russell Westbrook?

At the same time, Nina Earl, his better half, has also made her record in basketball and supported him in his challenges and victories. Do you want to know more about the better half of Russell Westbrook? In this article, Player Wives Wiki will take you closer to the life of Nina Earl. So, shall we start?

Who is Nina Earl?

Born on 16th January 1989, Nina-Ann Marie Earl belongs to Upland, Southern California. Along with her parents Jennifer Lyons and Michael Earl, Nina grew up with her brothers Benjamin, Jonathan, and Michael. Coming to her education, she has studied at Diamond Ranch High School, situated in Pomona, California. After this, she went to the University of California, Los Angeles. She has a liberal arts degree in English and a master’s in psychology.

Do you know how tall Nina is? She is 6’1” tall, which is somehow what’s needed for a basketball player. However, this has nothing to do with the talent that she possesses. Owing to her skills, she has rocked at every sport on the floor throughout the duration of her college.

She has made records in her high school, which got her an athletic scholarship and opened her ways to UCLA. Do you know Nina was the first team member of All American, where she went as a Freshman? In fact, during her senior year, she played in half of the games for the Lady Bruins.

Owing to her athletic profile, she shares several common interests with her partner, Russell Westbrook. She shares diverse interests, and during her free time, she prefers to listen to music. She is also a great player in the kitchen, which her mother, Jennifer, has engraved in her. Do you know that she is also aware of sign language? This way, she can tell Westbrook that she loves him with just a couple of gestures from her hands. Isn’t that cool?

When asked about the partner in an interview, Westbrook called Nina a smart girl who knows what to do in her life. So, are you now looking forward to knowing about Westbrook and Nina’s wedding?

After years of dating, Russel Westbrook and Nina Earl got engaged on 3rd September 2014. On 29th August 2015, the duo tied knots. Presently, they are parents to three children, a son and two daughters (twins). 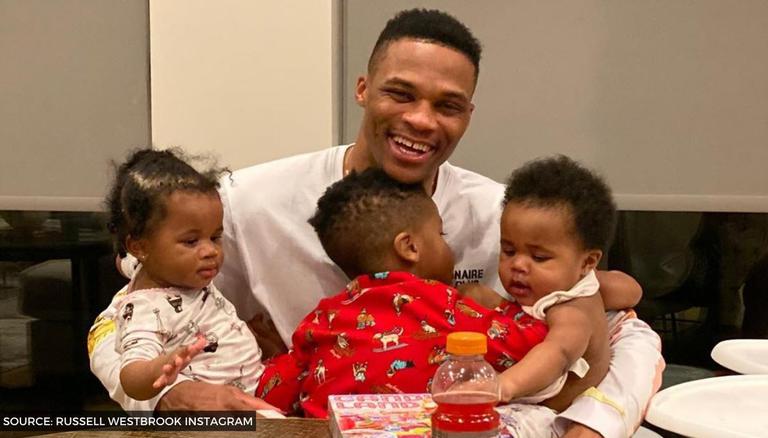 Take a glimpse of their wedding here:

By now, you have learned about Nina Earl, the partner of the basketball player Russell Westbrook. However, we still have a lot about Westbrook to tell you. After all, the internet is flooded with search suggestions about his shoes, contracts, knicks, fashion, and Instagram!

Think you know everything about Russell Westbrook?

Born in the year 1988, Russell Westbrook III blows his birthday candles on 12th November. His birthplace is Long Beach, California, and her parents are Shannon Horton and Russell Westbrook Jr. His sibling, Raynard, is younger than him. 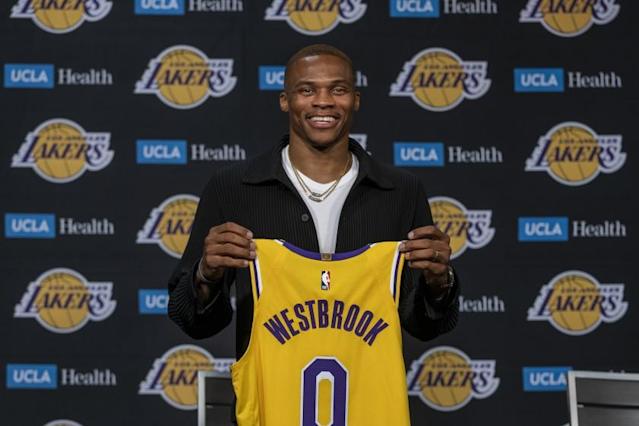 You are well aware of the accomplishments and accolades of the basketball player. However, do you know how it all started? What we are going to tell you next is his career in high school.

Russell joined Leuzinger High School, where he entered as a point guard. With a height of 5ft 8 inches, he was not much tall. He did not step forward for the varsity team of his school till his junior year. He received the first college recruiting letter before the summer of his senior year. It was during the same summer only that he grew up 6ft 3 inches in height.

In his senior year, he averaged 8.7 rebounds, 25.1 points, 2.3 assists, and 3.1 steals, which built his way to a record of 25-4. In that season only, he set a record of 14 double-doubles, registered 51 points at Carson, and scored 30 and more points during eight different occasions.

It was only after the scholarship offered by Ben Howland, the head coach that he got the chance to play for UCLA Bruins.He wore 0 numbers in the duration of his career at the University of California, Los Angeles. Earlier, he was used as a defender and was a backup to former player, Darren Collison. In the year, he averaged 0.8 rebounds, 3.4 points, and 0.7 assists. During the coming season, Westbrook got the chance to be the starter after the injury of Collison. 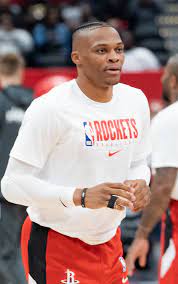 He wrapped the season with an average of 3.9 rebounds, 12.7 points, 1.6 steals, and 4.7 assists. Eventually, by the year’s end, he earned the title of All-Pac-10 Third Team. He even bagged another accomplishment- Pac-10 Defensive Player of the Year.

Later, UCLA moved forward to the Final Four for every season of Westbrook and his team. In the year 2007, they were defeated by Florida, and after this, they lost to Memphis in 2008. A couple of years later, he chose to go without the two final years and step in the 2008 NBA draft.

You know that after this, the journey of Westbrook began with the National Basketball Association. From the year 2008 till 2019, he was a part of the Oklahoma City Thunder. In the year 2019-20, he represented Houston Rockets and later Washington Wizards in 2021. Presently, he plays for the Los Angeles Lakers.

So you know which team you need to cheer for?

Well, if you go forward to see your player playing live, you can even try expressing your support in the way his wife Nina does.

Before we call it a wrap, do you know how much worth Russel Westbrook has earned? After all, he is one of the most paid athletes in the world. So, talking of his net worth, Russell Westbrook has built a worth of $170 million for now.

That is all readers! Catch us here for our article on the Hottest NBA player’s wives and girlfriends.