Tim Cline is the ex-husband of former WNBA star player turned coach, Nancy Lieberman. The two were married for 13 years prior to their divorce.

Tim’s former wife is a Hall of Fame women’s basketball player and coaching pioneer who became the first woman to coach a professional men’s basketball team in November 2009, when she took over the Texas Legends, then of the NBA Developmental League.

All About Nancy Lieberman

Who is Lieberman dating now? Is she single? What is her net worth? Where is she and her family now? Find out all the answers to these questions here!

The Brooklyn, New York native was born July 1, 1958; she took an interest in playing sports at a young age focusing on basketball. Heavily recruited out of high school she chose to attend Old Dominion University in Virginia -where she led the team to two national basketball championships in 1979 and 1980 with a 72–2 record.

Lieberman began her professional career playing with the Dallas Diamonds. During her career, she also played with the Springfield Fame, the Long Island Knights, the Phoenix Mercury, and the Detroit Shock. 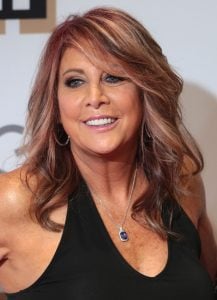 From 1998–2000 she served as the head coach and general manager of the WNBA Detroit Shock team. She was elected to the New York Public Schools Athletic League Hall of Fame as early as 1979.

Lieberman later was the second woman to be an NBA assistant coach, working with the Mavericks. Lieberman currently serves as a television analyst for the New Orleans Pelicans.

In addition, Lieberman is also the owner of the marketing company Pro-Motion Events.

Lieberman’s net worth is estimated to be $3 million. 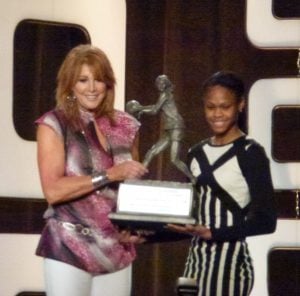 Where is Nancy Lieberman now?

Who is Nancy Lieberman Dating?

As of 2021, Lieberman is single. She is not dating anyone.

Lieberman was raised by her mother. She is Jewish and was born in Brooklyn. She lost her great grandparents in the Holocaust, and her dad’s parents had concentration camp numbers etched on their wrists. Though she has Jewish roots, she later turned to Christianity but embraces both cultures. 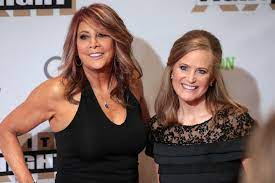 Her parents got divorced when she was very young, and it was her mother who looked after her. Though her mother did not support her in getting into basketball, Nancy’s passion led her to become a coach and the best woman basketball player. She is also known as Lady Magic.

Nancy has an older brother named Clifford, who she grew up with when her family moved to Far Rockaway. She is now 63 years old.

Check out one of her recent interviews here below:

Tim Cline and Lieberman tied the knot on May 18, 1988. Cline who is a former NBA player met Lieberman when they both became teammates while playing whit the Washington Generals. He is currently a sports marketing executive.

Following her nuptials to Tim Cline, she began to use the name, Nancy Lieberman-Cline.

Tim Cline also played for the New Haven, Connecticut Skyhawks of the USBL. The couple was married from 1988 until 2001- during that time they welcomed four kids; T.J. Cline, Macy Cline, Schaefer Cline, and Carson Cline.

Tim and Lieberman divorced in 2001 but said they remained united in parenthood. Tim Cline also has three children from a second marriage.

Who is T.J Cline?

Their son, Timothy Joseph “T. J.” Cline -is a basketball player for Hapoel Holon of the Israeli Premier League. He is 27 years old who is a member of the Israeli National Basketball Team. In his first match with the team against Germany, T.J Cline scored 14 points and 5 rebounds. On his birthday in 2020, he signed a deal with Basket Brescia Leonessa which was for a year. He later signed a deal with Maccabi Tel Aviv in January this year.

Who is Tim Cline, Nancy’s Ex-husband? 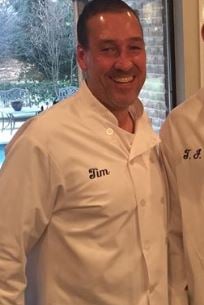 What is Tim Cline Net Worth?

It’s not clear of Cline’s net worth. Be sure to check out other interesting details here.

Tim Cline is currently married to Cassidy Cline. He is listed on social media as a former SVP at Learfield Sports.
He attended Edina West Senior High School and later studied at the University of Wisconsin–Eau Claire.

There’s little to no information on Tim’s new wife. Check back as we update with the latest happenings.

That was all about Lieberman, her career, her personal life – her marriage, divorce, and about her 4 children. She is one of the greatest players in women’s basketball in America and will continue to be for years to come.

If you are curious to know about other husbands/ex-husbands of famous NBA players, don’t forget to check out here.