Michael Lockwood is the proud husband of women’s basketball legend, Lisa Leslie -one of the most-recognized player of both the WNBA and Team USA.

Michael’s wife certainly had a storied career during which she was the absolute most dominant player in the women’s game. The 47-year-old star recently sat down with Gayle King and shared her opinion about late Kobe Bryant’s assault case.

Born July 7, 1972; the California native graduated University of Southern California and went onto forged a highly decorated WNBA career.
She is a three-time WNBA MVP, two-time WNBA Champion, and a four-time Olympic gold medal winner. In 2015, Leslie was inducted into the Naismith Memorial Basketball Hall of Fame.
In 2018, she joined Fox Sports as a studio analyst on select Magic Live! pre- and postgame shows. Prior to Fox Sports, she served as a commentator for ESPN, FOX Sports Net, Turner and NBC. In addition, she is also the head coach for the Triplets of the BIG3.
Check out interesting facts about her better half, Michael Lockwood. 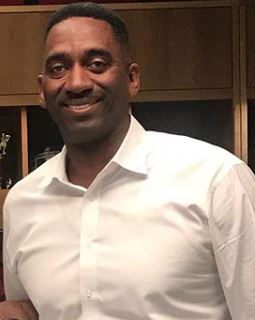 #1 He does his own thing

Michael J. Lockwood is a commercial real estate developer and an airline pilot for UPS.

#2 He served in the Air Force

Lockwood graduated from the Air Force Academy in 1989. He served as an Air Force Captain in the first Gulf War and Somalia. He’s also been working as in United Parcel Service for nearly two decades. He was also an Air Force basketball player.

The couple met through mutual friends that gave Lockwood Lisa’s number. They tied the knot on November 5, 2005 in Maui, Hawaii.

SOAR is a non-profitable organization which provides a learning chance to the youths for flying. Lockwood is also a writer of an award-winning book ‘Woman Had All The Power: They Don’t Know It.’