Ramatu’s hubby was named General Manager and President of Basketball Operations at Toronto Raptors Basketball Club Inc. since June 4, 2013. He is considered one of the most proactive executives in the NBA.

Born July 7, 1970 –Ujiri was introduced to basketball at age 13 and hasn’t looked back since. He went onto play at Bismarck State College and Montana State University –Billings.

He also served as Director of International Scouting and NBA executive for the Denver Nuggets. He served as an Assistant General Manager with the Raptors before leaving for Denver. In 2010 Ujiri became the first African -born GM in the NBA when he was hired to run the Nuggets’ basketball operations department.

He spent three seasons as Executive Vice President of Basketball Operations for the Denver Nuggets. He was named 2012-13 NBA Executive of the Year.

As a scouter he traveled all over the world, including Europe, Africa, Asia and South America. Mr. Ujiri has also managed and coached the Nigerian junior and senior national teams. 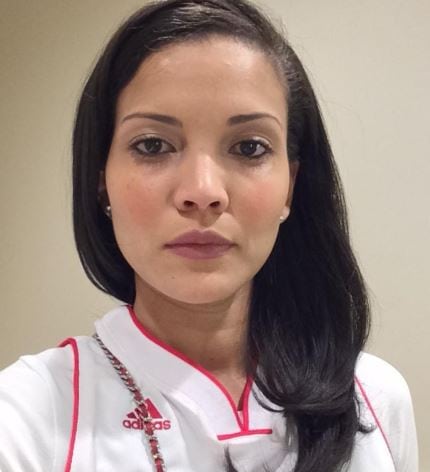 The 48-year-old has been happily married to wife, Ramatu Ujiri for years.

Ramatu Ujiri is a retired model, she is originally from Freetown in Sierra Leone. Ramatu Ujiri attended high school in Greenbelt, Maryland. She began modeling after graduating Eleanor Roosevelt High.

According to social media, she used to work for Outer Skinz Image Group. The former Fashion model currently resides in Toronto with her family. Masai and Ramatu Ujiri are the proud parents of an adorable young son.