Maja Dragic is the lovely wife of NBA player, Goran Dragic -the shooting guard is currently a player with the Miami Heat.

Maja’s famous player husband has been playing in the league for over a decade; born in Ljubljana, Slovenia on May 6, 1986; he grew up playing soccer, but an injury forced him to switch sports.

He began playing professional basketball in Europe at the age of 17 for Ilirija Ljubljana in Slovenia. He entered the NBA with the Phoenix Suns in 2008. He spent the 2011-12 season with the Houston Rocketts before re-joining the Suns in 2012. He played backup point guard to NBA star Steve Nash on the Suns from 2008 to 2011.
He was named the NBA’s Most Improved Player in 2014. He was then traded from the Suns to the Miami Heat just before the 2014-15 NBA trade deadline. He e-signed with the Heat on July, 2015.

On the court the Slovenian is the man, however is his wife, Maja who is the boss at home. Want to know more about her? Check out her top facts below.

1. She wore a crown to her wedding

Maja Dragic and her hubby tied the knot in 2013 in Slovenia, the couple certainly know how to throw a party and made it to the altar in style to say the least. As an rather particular fact, the two actually wore crowns during their special day.
For pictures of their special moment, head out to The Friendly Bounce and witness a ceremony that looked fit for royalty.

2. She helped design their home

Maja who is also from Slovenia, design along with her husband their dream home, located in their native country. The couple spent a lot of time looking at architecture before designing the house and her NBA stud even helped with the actual labor.

Maja was in charge mostly of choosing the furniture which was the main item coming from the US. The three bedroom home was build by Maja’s father’s business.

3. She is a proud mother of two

Since their nuptials, Maja and her husband have welcomed two children; son Mateo born in November of 2013; and a daughter, Viktoria, born in Serbia in August 2015.

4. There’s a journalist with the same name as her 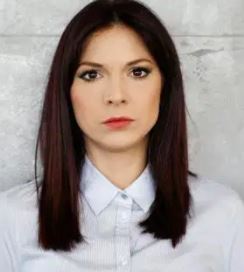 The NBA spouse is not to be mistaken by a Serbian journalist with the same name. Maja, the journalist, is an anchor and producer at the Slovakian news show N1 Beograd, according to her Twitter. N1 Beograd covers Serbia, Croatia, Bosnia and Herzogovina.

5. She is a full time housewife

Mrs. Dragic, the lovely NBA wife spends her time being a stay at home wife, attending her hubby’s games and of course taking care of their children.

Maja has certainly been a huge part of his personal life and has impacted his basketball life. During their dating period, Goran had this to say about her