Bre Ladd is the loving and supportive wife of NBA coach and former player, Luke Walton –whom we all know as the current head coach for the Los Angeles Lakers.

Bre’s husband was a two-time All Pac-10 first team selection during his four-year career at the University of Arizona. Later as an NBA player he won two titles as a member of the Los Angeles Lakers in 2009 and 2010.

Born March 28, 1980 Luke is the son of Bill Walton –an NCAA and NBA star who was inducted into the Naismith Memorial Basketball Hall of Fame.

After spending nine years with the Lakers, Luke played with the Cleveland Cavaliers during the 2012-2013 season prior to his retirement. He began his coaching career with the Golden State Warriors, serving as both an assistant coach and an interim head coach.

He was named head coach of the Lakers in 2016. Off the court, Luke is a happily married man, meet his wife below. 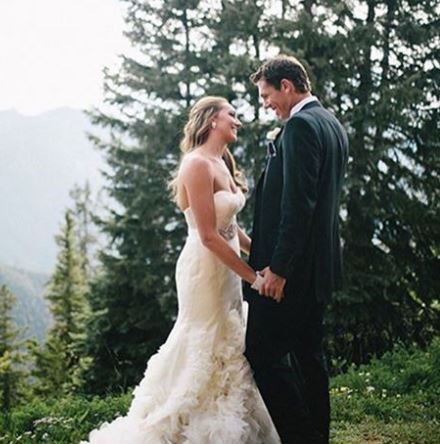 Bre Filene Ladd Ladd was born April 19, 1984; The Tucson, Arizona native is the daughter of Bob and Tammie Ladd. She was raised along brother, Josh Ladd. 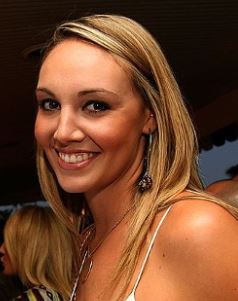 She met her future husband while attending the University of Arizona –where she was a standout middleblocker on the university’s volleyball team. The couple obviously bonded through their athletic talent and were in a longtime relationship before walking down the aisle. She and Luke tied the knot in 2013, they held the ceremony in Aspen, Colorado.

Bre Ladd attended Canyon Del Oro High School, where she began her volleyball career. She became a member of the CDO Honor Roll and a four-year letter winner. She holds a degree in community and public health from the University of Arizona –where she recorded 124 total blocks in 2002, the most for any freshman in school history.

The gorgeous NBA wag isn’t a fan of social media and keeps a low profile while supporting her husband’s coaching career.