Meet the lovely Rece Mitchell, she is the girlfriend of NBA player, Lou Williams –currently a member of the Los Angeles Clippers.

Rece’s beau has put on a stellar career since first entering the league back in 2005. Born October 27, 1986; the Memphis, Tennessee native chose to enter the 2005 NBA Draft after being named as the nation’s top high school player –despite the fact he had committed to play at the University of Georgia.

He spent his first seven seasons with the Philadelphia 76ers, and has also played briefly for the Atlanta Hawks, Toronto Raptors and Los Angeles Lakers.

The basketball player is also the proud father of two daughters, Jada and Zoey Williams –born from his relationship with Ashley Henderson. Aside from his daughters, the other important woman in his life these days is, Rece Mitchell. He famously dated both his baby mama and Rece Mitchell at the same time but reports say he is no longer dating Henderson, leaving Mitchell as the only girlfriend still standing. 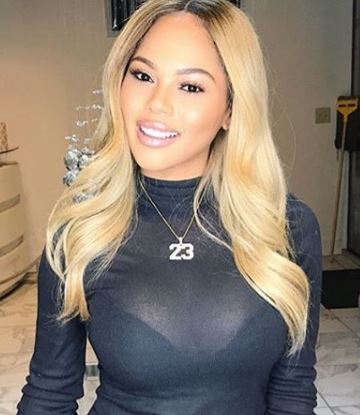 Miss Rece Mitchell and her twin sister Daria, are Michigan natives. She is a former student at Henninger High School and Michigan State University. Her sister, Daria Mitchell is also in a relationship with another NBA player, Amir Johnson. They welcomed a baby boy last year. 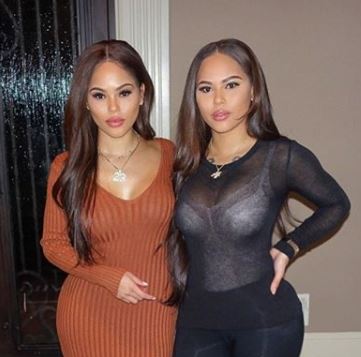 Along with her sister, Rece is the owner of a hair weave retailer called, 2Glamorous –which offers 100% virgin Brazilian Wavy, Brazilian Deep Wave, and Brazilian Straight hair. Aside from tending her beauty empire, Rece Mitchell is often pictured attending games, obviously in support of her man.

The sisters also run a beauty blog and have been profiled on a number of magazines, as a resul Rece has over 100k followers on Instagram, that and the fact that she’s dating an NBA player.