Just like our methods of living have been modified lately, the dating culture has changed too. Finding someone you saw yesterday is all about tapping your device several times. In this era, having someone whom you have met in the old-school methods of romance is special. Today Players Wives Wiki will take you to one such duo existing in the National Basketball Association- LeBron James and his wife. So, dear readers, are you in?

Born on December 30th, 1984, LeBron James is an American basketball player representing the NBA’s Los Angeles Lakers. You must have also heard him as King James. Or did you hear people calling him as one of the finest players the NBA ever had? Owing to his game, he is also compared with players like Michael Jordan. In the entire history of the NBA, he is the only one to have won the crowning achievements with three franchises, including Cleveland Cavaliers, the Lakers, and the Miami Heat. 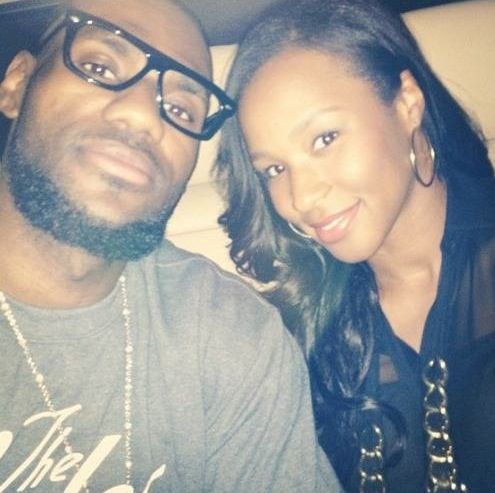 James was selected by the Cleveland Cavaliers after graduating as the 1st overall pick of the 2003 NBA Draft, and left the team in 2010 for the Miami Heat with a highly publicized ESPN special named “The Decision”. He returned to the Cavs in 2014, and the team immediately advanced to two consecutive Finals in 2016 against the Golden State Warriors behind his leadership, winning the championship of that year to end Cleveland’s fifty-two year professional sports title drought.

The basketball player has played in ten NBA competitions, eight of which were with the Cavaliers and the Heat from 2011-18. The player has an extensive list of accomplishments, including his fan base, reading this article. However, his major achievements on the basketball court are his NBA championships (four), NBA Finals MVP (four), and NBA Finals MVP awards, along with Olympic gold medals.

All in all, his 18 years long career has made him a name that everyone speaks of. He has also tried his shot in the field of acting. Well, if we keep diving deep into his career, we might not end up finishing it. After all, we are talking about King James. That is why we will not keep discussing his career right now, and instead, we will take a glimpse of his personal life.

So, you know that King James or LeBron James blows his birthday candles on December 30th, but do you know that his birthplace is Akron, Ohio. Gloria Maria James, his mother, was a teenage mom. Coming to his father, Anthony McClelland, did not have any involvement in his life. Also, he had a criminal record, which means he spent most of his time in prison. 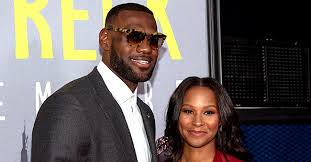 Talking of the times when he grew up, James struggled for that stability that a family brings in life. It is because they had to move from one apartment to another in the surroundings of Akron, while his mother had to face a hard time finding stable work. However, being a mother, she knew that her son needed a family environment, which is why she chose to move with Frank Walker’s family. Walker was a football coach who brought basketball into the life of LeBron James.

When he was in fifth grade, he started playing organized basketball. Later, he got the chance to play for AAU – Amateur Athletic Union basketball. He played for Northeast Ohio Shooting stars. The team was led by LeBron James, Sian Cotton, Willie McGee, and Dru Joyce III, and they earned huge success at both local levels and even from the national level. In fact, the four of them called their group the Fab Four and assured each other to go together to high school. The four chose to attend a Catholic school – St. Vincent-St Mary High School. 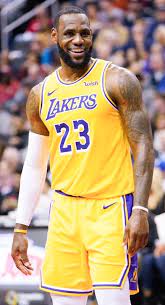 So, we are done with his early life, but we will call it a wrap as we have some facts about the player for you to know. Here they are:

Apart from his active contribution to the basketball courts, he has also been supporting the different non-government organizations. Not just this, but he also owns a charity foundation called the LeBron James Family Foundation.

Enough about him, now let’s talk about LeBron’s wife!

Savannah Brinson is also an Akron, Ohio native. Talking about his love life, on 14th September 2013, James tied knots with Savannah Brinson, the girl he has been in love with since high school. The duo are parents to Bronny and Bryce, their sons, and Zhuri, their daughter. The basketball player bought a three-story mansion for $9 million in Coconut Grove, a Miami suburb, overlooking Biscayne Bay. 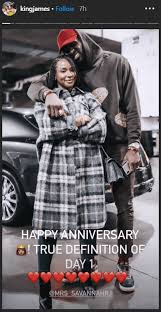 As we mentioned previously, the duo met each other when they were in high school. In fact, they began dating at the age of 16. Talking of their first date ever, for it, they had a meal at the Outback Savannah. Now, do you know what happened next? After their date, she forgot to take her leftovers from his cars, which LeBron returned afterward. In the year 2004, they appeared together at their prom.

Later, at a party organized on New Year’s Eve of 2011, which was also the celebration for his 27th birthday, he proposed to the love of his life. So you see, before having said their vows, the duo was together for twelve years. They celebrated their holy union with several performances by celebrated names, including Beyonce, Jay-Z, and other stars on the guest list.

LeBron’s wife conducted the Ninth Annual Sapphire Ball on September 11, 2009, in Akron. The purpose of this charity event is to raise money for the Women’s Health Center at Summa Akron City Hospital, giving support of gynecological-related services for every woman in need, of all ages.

Savannah also spends time and dedication to the LeBron James Foundation, which empowers single-parent families to succeed, and helps children to be physically fit, academically focused, and environmentally aware.

Take a look at this video of Savannah Brinson James:

That’s all readers, we hope that you liked reading about the basketball player, his achievements, and the couple’s love story. Stay connected with us at Players Wives Wiki for more NBA information!

If you want to read more, reach our article on Hottest NBA wives and girlfriends