Liza Morales is a reality TV star best known for being the longtime girlfriend of Lamar Odom before he married Khloe Kardashian.

Morales appeared on the short-lived TLC show Starter Wives Confidential, which premiered on Jan. 29, 2013 but was pulled from the air shortly after.

Morales and Odom have two children together, Destiny and Lamar Odom Jr. Their third child, Jayden, died at six months old of SIDS in 2006.

Liza Morales was born on May 10, 1979 in Queens, New York. The brunette is of Puerto Rican roots.

She reportedly grew up in a broken family. She attended Christ the King High School in Queens, New York. While there, she met Lamar Odom at the age of 14. They soon began dating, and were together for about 12 years. The former couple never made it to the altar.

Liza made her TV debut thanks to her longtime relationship with NBA star Lamar Odom.

She was devastated after her baby daddy, LA Lakers former player, Odom went and married Khloe Kardashian in 2013. She was quoted saying

“I don’t think I’ll forget the tight knot I felt in the pit of my stomach the morning I received the text message with three simple words on the screen. It read ‘I’m getting married’”

“I agreed to be a part of Starter Wives so I could tell my own story of how things unfolded after Lamar married Khloe.”

“The lost never leaves you, but it does get better.”

Morales has been pretty open to media. She talked about the death of her child to The Daily Beast, saying:

Lamar and I never really talked about our loss, which I know wasn’t healthy and also meant our relationship would never last. It couldn’t. I found out soon after that he’d had a long-term relationship with another woman—a relationship he said he’d end but he didn’t—and that was that. 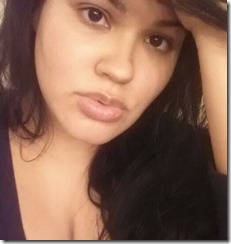 She has also said to media, she decided to do a reality TV show to tell her own side of the story. While being on the show she said:

To be honest I’m really doing the show for my daughter to prove to her that you can get up and move on after things fall apart. I did it to show her how you make mistakes and fix them and that you can never give up on yourself. She needed to see that and hear it from me. I think I also hope my father sees it as well. The only time I’ve seen my dad in recent years was at the funeral for my son.

Though the couple have not been close since Lamar’s marriage. Liza Morales has been supportive of her ex.

She and their two children reportedly rushed to Lamar’s side on Oct. 14, after the NBA star was found unconscious in a Nevada brothel.

The mom of two currently resides in NY.