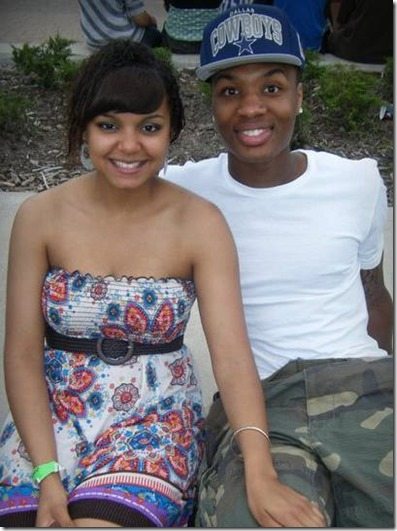 Point guard Damian Lillard was the star with 25 points during Monday night’s Game 4, in a convincing victory at Moda Center, the Blazers topped the Spurs 103-92 to avoid a sweep and extend their series to Game 5 in San Antonio. His girlfriend Kay’La Hanson must be pretty proud of him.

Born July 5, 1990, in 2012 her boyfriend was Drafted 6th overall by the Portland Trail Blazers. His pretty girlfriend is also keeping very busy, Kay’La is a pre-med student currently enrolled at Weber State University in Utah. The pair met in college; Lillard played his college ball for the Weber State Wildcats before being picked by the Blazers. 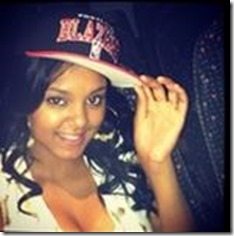 Kay’La Hanson is regular to her Twitter and Instagram accounts showing support for Lillard, often expressing how much she misses him while on the road.  While the Trailblazers superstar is well known to dedicated NBA fans.

She was born November 8, 1991 and this girl hails all the way from Sin City; she calls Las Vegas her hometown and attended Legacy High School in Vegas, graduating in the 2010 class. Her current city is Ogden, Utah. According to her Facebook she is listed as a Christian, so now we know Damian not only likes pretty and brainy but also with little ore substance huh!

But just beacsue she has a religious side, it doesn’t mean she doesn’t know how to have fun! While Lillard is away, the pretty 22-year-old also gets to have some fun with friends and experience the college years. 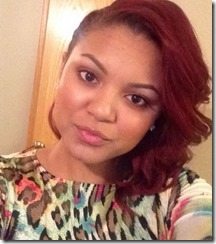 Hanson seems to be a little over social media for now, last March she announced on Facebook she was saying good-bye to Twitter. Any guesses why she decided to take a break?

Kay’La and her baller sure make a nice couple, they are both lucky but when you guy is worth 10-million you kind of feel extra special! According to celebritynetworth, the 2013 NBA Rookie of the Year has a net worth of $10 million. He signed a salary agreement with the Portland Trail Blazers in 2014 for $3.202 million per year for four years; and did you know he was not highly regarded initially by scouts, therefore not heavily recruited out of high school. However at Webber State his career in basketball began to take off and look at him now!

In addition to his performance on the court and his milestones, Lillard has reportedly finalized a lucrative new shoe deal with Adidas.