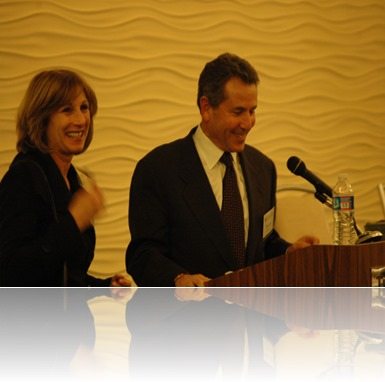 Karen Levenson has been a NBA Wag for quite a long time, but she could no longer be one because of her husband Bruce Levenson the Hawks’ owner pulling a Donald Sterling.

Everything was going just fine until this email send by B. Levenson..

1. from day one i have been impressed with the friendliness and professionalism of the arena staff — food vendors, ushers, ticket takers, etc. in our early years when i would bring folks from dc they were blown away by the contrast between abe pollin’s arena and philips. some of this is attributable to southern hospital and manners but bob and his staff do a good job of training. To this day, I can not get the ushers to call me Bruce yet they insist on me calling them by their first names.

2. the non-premium area food is better than most arenas, though that is not saying much. i think there is room for improvement and creativity. Levy is our food vendor so we don’t have much control but they have been good partners. i have wished we had some inconic offereing like boog’s barbeque at the baseball stadium in balt.

3. our new restaurant, red, just opened so too early for me to give you my thoughts.

4. Regarding game ops, i need to start with some background. for the first couple of years we owned the team, i didn’t much focus on game ops. then one day a light bulb went off. when digging into why our season ticket base is so small, i was told it is because we can’t get 35-55 white males and corporations to buy season tixs and they are the primary demo for season tickets around the league. when i pushed further, folks generally shrugged their shoulders. then i start looking around our arena during games and notice the following:

— the cheerleaders are black

— the music is hip hop

— there are few fathers and sons at the games

— we are doing after game concerts to attract more fans and the concerts are either hip hop or gospel.

Then i start looking around at other arenas. It is completely different. Even DC with its affluent black community never has more than 15 pct black audience.

Before we bought the hawks and for those couple years immediately after in an effort to make the arena look full (at the nba’s urging) thousands and thousands of tickets were being giving away, predominantly in the black community, adding to the overwhelming black audience.

My theory is that the black crowd scared away the whites and there are simply not enough affluent black fans to build a signficant season ticket base. Please dont get me wrong. There was nothing threatening going on in the arean back then. i never felt uncomfortable, but i think southern whites simply were not comfortable being in an arena or at a bar where they were in the minority. On fan sites i would read comments about how dangerous it is around philips yet in our 9 years, i don’t know of a mugging or even a pick pocket incident. This was just racist garbage. When I hear some people saying the arena is in the wrong place I think it is code for there are too many blacks at the games.

I have been open with our executive team about these concerns. I have told them I want some white cheerleaders and while i don’t care what the color of the artist is, i want the music to be music familiar to a 40 year old white guy if that’s our season tixs demo. i have also balked when every fan picked out of crowd to shoot shots in some time out contest is black. I have even bitched that the kiss cam is too black.

Gradually things have changed. My unscientific guess is that our crowd is 40 pct black now, still four to five times all other teams. And my further guess is that 40 pct still feels like 70 pet to some whites at our games. Our bars are still overwhelmingly black.

This is obviously a sensitive topic, but sadly i think it is far and way the number one reason our season ticket base is so low.

And many of our black fans don’t have the spendable income which explains why our f&b and merchandise sales are so low. At all white thrasher games sales were nearly triple what they are at hawks games (the extra intermission explains some of that but not all).

Regardless of what time a game starts, we have the latest arriving crowd in the league. It often looks and sounds empty when the team takes the floor.

In the past two years, we have created a section of rowdy college students that has been a big plus. And we do a lot of very clever stuff during time outs to entertain the crowd. Our kiss cam is better done than any in the league.

We have all the same halftime acts that other arenas have but i question whether they make sense. people are on their cell phones during half time. i wonder if flashing on the scoreboard “$2 off on hot dogs during halftime tonight” just as the half ends would be a better use of our halftime dollars and make the fans happier.

We do all the usual giveways and the fans are usually their loudest when our spirit crew takes the floor to give away t-shirts. It pisses me off that they will yell louder for a t-shirt then for our players.

Our player intro is flat. We manufacture a lot of noise but because of the late arriving crowd and the fact that a lot of blacks dont seem to go as crazy cheering (another one of my theories) as whites, it is not great. Even when we have just returned from winnng four straight on the road, i am one of the few people in the arena standing and cheering when our team takes the floor. Bob has kicked around ideas like having the starters coming down aisles rather than off the bench during intros. Sounds cool but may highlight all the empty seats at the start of games.

Not enough of our fans wear hawks jerseys to games. i have just begun to push for ideas like discount food lines for folks wearing jerseys, special entrances, etc. I think we need a committed and perhaps incentivized fan club. We need to realize atl is simply different than every other city. Just adopting nba best practices is not enough. we have to create our own.

I am rambling and could probably go on forever. If you have any specific areas you would like my thoughts on, let me know.

ps — I have cc’d todd and ed so they can chime in with additional or different thoughts.

Yikes!! Bruce Levenson’s mother In-Law Irene Boyarsky, 85, a concentration camp survivor was with him and Karen Levenson when The Hawks visited the museum three months ago during a trip to the capital. Mrs. Boyarsky was featured in a 2-hour 36-minute video recorded in 1998 for the Shoat Institute’s Visual history Archive where she detailed her experience from her time in a Jewish ghetto in Hungary to a concentration camp in Austria to her liberation to her life in the USA.

In the video, Boyarsky, who lost two brothers but reunited with her parents, said, “(Adolf) Hitler did not succeed.”

60-year-old Karen  Levenson and her husband are the proud parents of their three sons, Scott Daniel, 33, Brian Keith, 30, and Michael, 27.  Karen Levenson, graduated in 1976 from the University of Maryland graduate (business and Finance). 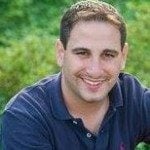 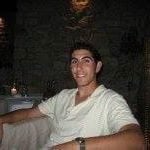 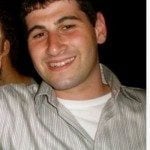 Karen and Bruce Levenson are the founders of the business information company United Communications Group. 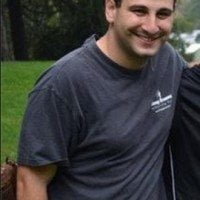 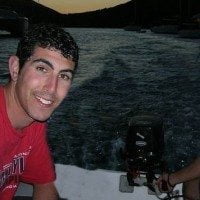 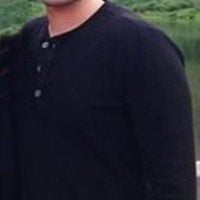 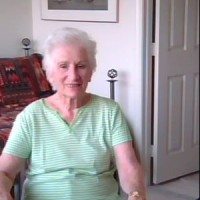 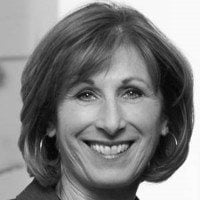