Nicole Curran is the lovely girlfriend of Golden State Warriors majority owner, Joe Lacob. The couple has been dating for a few years now and are currently engaged. Meet the NBA wag below.

Nicole’s 61-year-old boyfriend has been a partner at Kleiner Perkins since 1987 and in 2011, he acquired The Golden State Warriors of the NBA.

He serves on the NBA Board of Governors and is a member of the league’s Competition Committee, Planning Committee and Labor Committee.

Lacob earned a Bachelor’s in Biological Sciences from the University of California-Irvine, a Master’s in Public Health (Epidemiology) from UCLA and an M.B.A. from the Stanford Graduate School of Business.

Also an avid golfer, Lacob has been in a relationship with the lovely Mrs. Curran for years now. As of 2015 they are said to be engaged. Lacob is also father to four children, Kirk, Kelly, Kent and Kayci.

Washington D.C. native Nicole Curran currently serves as president of the Warriors Community Foundation –the charitable arm of the team, but she has been a Warrior’s fixture only after Lacob bought the team, she previously worked in the wine industry. 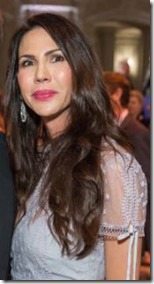 Nicole Curran worked as a high school teacher in Washington, D.C. and Arizona, prior to becoming the head of sales and marketing at La Jota Vineyard and a portfolio manager at LVMH. Is fair to say she knows the ins and outs of Napa. 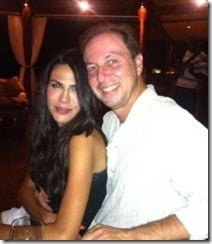 The former high school teacher made quite the transition to wine connoisseur as well as one of the most stylish NBA wags. As it is common for the wives and girlfriends, Curran’s name is well associated to charity and to all the top social events in the San Francisco area.

But things haven’t always been easy for Curran. The stylish woman connects with the Foundation’s work from first hand experience as a teenager who was put on an orphan by her struggling parents. Curran was actually the first member of her family to attend college. She got a full ride to George Washington University thanks to a scholarship from an anonymous donor.

She even married a doctor at one point and moved to Arizona where she continued to work digging deep for potential in young kids. but it was in 2006 that her destiny would lead her to meet Joe Lacob at a golf tournament at Pebble Beach.

Now, the two resides primarily in Atherton and also have a home in St. Helena.