Jenifer Vogel is the wife of NBA coach, Frank Vogel – who currently serves as the head coach for the Los Angeles Lakers.

Jenifer’s husband is widely known in the NBA world, he has been a coach and previously an assistant coach for over a decade. He is associated with teams such as the Indiana Pacers, the Orlando Magic, Philadelphia 76ers, Boston Celtics and most recently the Lakers.

Frank Paul Vogel was born on June 21, 1973, and grew up in New Jersey. As a college junior transferred to the University of Kentucky, he served as the student manager for the basketball team and coach Rick Pitino.

Vogel played division two basketball at Juniata University from 1991 to 1994. Pitino brought Vogel with him when he took a pro job with the Boston Celtics. He served as an assistant coach to the Celtics and 76ers before becoming the Indiana Pacers head coach in 2011.

Vogel is best known for leading the Indiana Pacers to the Eastern Conference Finals in 2013 and 2014. He was named head coach of the Orlando Magic in 2016 up until 2019 when he agreed to be the head coach of the Los Angeles Lakers. 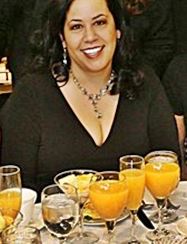 The Lakers won their 17th championship against Miami Heat in the 2020 NBA finals.

Having a successful career as a coach, we can say that his married life has also been a success. He’s been happily married to his wife Jenifer for over a decade now. From the time they met, they have been inseparable. Though being the wife of a popular head coach, Mrs Vogel has been low-key about her life to date.

Want to know more about Mrs Jenifer Vogel? Check out her top facts below.

You’d be surprised to learn a few things about her for sure.

In this Article hide
1. She has been Mrs Vogel for several years
2. She Has Been Pretty Supportive of her Husband
3. Jenifer Vogel is Mostly Known for Being her Husband’s Wife
4. She is a Proud Mother of Two
5. She is Not into Social Media

1. She has been Mrs Vogel for several years

Jenifer Vogel was born Jennifer Lynne Sia. The two met while Frank was working as an assistant for the Boston Celtics. They became husband and wife in 2002. Post their wedding, Frank focused largely on his career while Jenifer ran the household.

It appears she’s been a full-time spouse and mother since getting hitched.

She is a chief support system for her family and spending more time with her kids as her husband needs to travel for the matches now and then. A true wonder woman indeed.

2. She Has Been Pretty Supportive of her Husband

Though it is natural for any spouse to be supportive, being the wife of a professional sports coach, requires a different kind of built. It takes a lot to balance things well when you’re the wife of a celebrity since the job of her husband is so demanding.

However, It appears Jenifer Vogel has been able to juggle the dynamics pretty well.

She has been pictured attending events with her husband and needless to say she remains his biggest fan and support.

3. Jenifer Vogel is Mostly Known for Being her Husband’s Wife 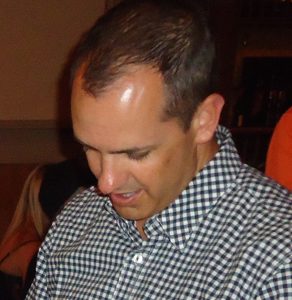 It’s safe to say Jenifer Vogel who is currently in her 40’s keeps a low profile. She has kept herself away from the media right from the beginning.

Despite being an NBA wag for nearly two decades, not much is known about her other than the fact that she is married to Frank Vogel.

Clearly, Jenifer enjoys her privacy and prefers to leave all the glam and the spotlight to her husband.

4. She is a Proud Mother of Two

Jenifer Vogel isn’t the only girl at home, she and her husband are the proud parents of two teenage daughters: Arianna and Alexa. Jenifer most likely stays busy caring for both her daughters while her hubby does his thing on the court. They have a wonderful understanding and we can see that.

Back in 2014, Frank and his daughters spoke to a crowd of about 80 fans and discussed their relationship, the girls had this to say after they were asked: ‘So what’s it like having your dad be just one of 30 NBA head coaches?’

“It’s fun but he is away a lot. He’s still home enough so we can play with him,” said Alexa.

“It’s fun but we don’t get to see him that much,” added Arianna, the youngest.

5. She is Not into Social Media

Since the popular coach’s wife is super private and even camera-shy, it’s only natural that she isn’t into social media either. So, there are hardly any instances where you can find her in the media.

We can say that she has kept her life private well enough over the years. If there’s anything more you want to know about her, this is all we got.

Let us know in the comments section if you know or find out more about Mrs Vogel.

Until then, stay tuned for more updates.