You are here: Home / NBA / Who is Jaylen Brown’s Girlfriend?

Jaylen Brown, the NBA player currently playing for the Celtics may be having a great deal of playoff success, however can we say the same about his life off the court?

Brown, was born October 24, 1996; the son of Mechalle and Marselles Brown, he was raised in Marietta, Georgia along with brother, Quenton Brown.

He helped Joseph Wheeler High School win the Georgia AAAAAA state championship in 2015. The previous year he competed for the United States at the 2014 FIBA Americas U18 Championship, helping the team win gold.

The 6’7″ forward played one year of college basketball at the University of California, Berkeley as a five star recruit by Rivals.com in the high school class of 2015. Brown was selected 3rd overall in the 2016 NBA Draft by the Boston Celtics and has been with the team since. 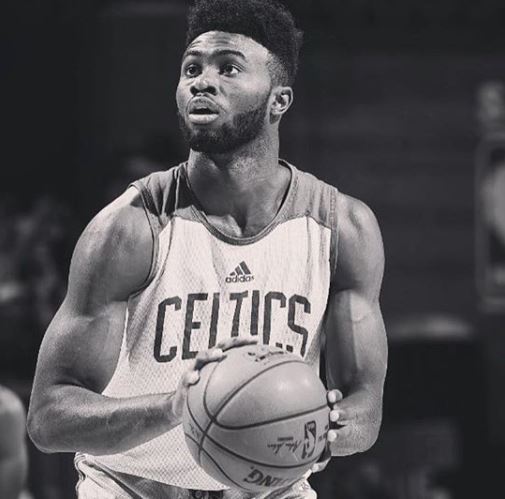 Thought the 21-year-old has achieved great success and is clear his talent is undeniable, Brown who as a skillful player has been notorious since his high school days –appears very much into his game and how to get better at it rather than, dating or an active love life.

Despite being a popular jock growing up, there are no visible signs of him getting romantically involved with any special ladies (2021 Update; is Jaylen Brown still involved with the stunning Jacqueline Hawileh?) Now, we assume with his rising success and new profile as a professional player that, that could soon change. For now however, the most important woman in his life seems to be his lovely mother. The next best thing could be his close relationship to Aliyah Toney who seems to be a college friend. Still, is hard to say since Brown doesn’t really keep active on his social media.

He does however, seems very family oriented –which is in itself a very good trait, one that potential girlfriends might look into.

You can check out Jaylen Brown on Instagram here.