Kristin Dolan is the lovely and supportive wife of businessman, James Dolan. Her husband is noen other than the Executive Chairman of MSG Networks Inc., and and Executive Chairman of The Madison Square Garden Company. Yes, the same guy who kicked out former baller, Charles Oakley from MSG, a few days ago.

Kristin’s husband was born James L. Dolan on May 11, 1955. He attended SUNY New Paltz and struggled with drug addiction during his early adult life. He has two brothers, Patrick and Thomas Dolan.

Dolan who is involved in many organizations also serves as governor to the National Basketball Association and the National Hockey League on behalf of the New York Knicks and New York Rangers.

He is known for his job as the former CEO of Cablevision Systems Corporation from 1995 until June 2016, when the leading media and telecommunications company, which served as MSG’s parent company until 2010, was sold to Altice.

Cablevision was founded by Dolan’s father, Charles Dolan. Prior to his role as Cablevision CEO, Mr. Dolan was chief executive officer of Rainbow Media Holdings, the former Cablevision programming subsidiary now known as AMC Networks Inc. Mr. Dolan began his career with Cablevision in the 1970s and held a variety of executive positions before overseeing Rainbow Media.

Aside from that, Kristin’s husband is known for making a number of questionable business moves. He has been widely criticized for many of his decisions in managing the New York Knicks, including the hiring of Isiah Thomas as the team’s GM and President of Basketball Operations.

Dolan also has a penchant for music, he is actually the singer for the blues-rock band JD & The Straight Shot.

He and his beautiful wife, Kristin Dolan have been married since 2002. Meet her below. 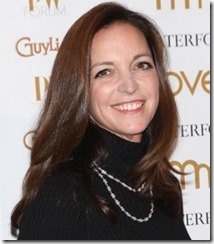 Kristin Dolan is a former Cablevision executive. She formerly served as COO of Cablevision. She currently leads the Dolan Family Ventures (DVF).

Aside from her role as managing partner in DVF, Kristin Dolan is also the founder and Chief Executive Officer of 605. She founded 605 in November 2016, bringing more than 30 years of media and entertainment experience, the company’s website states. At 605 Kristin leads all day-to-day business operations including key client relationships, product development, sales, research, finance, legal and marketing.

The bright brunette is also a member of the Board of Directors for both AMC Networks and The Madison Square Garden Company (MSG).

Kristin Dolan received an M.A. in English literature from Long Island University, an M.S. in publishing with a concentration in marketing from Pace University and a B.A. in English from the State University of New York at Albany.

Kristin and her husband nearly divorced in 2013. That year it was reported the couple had split but they eventually worked things out. She wedded James Dolan in 2002 at Donald Trump’s Mar-a-Lago Club in Palm Beach in front of a power crowd -becoming his second wife.

James is the father of four kids from a previous marriage. Kristin is the mother of the couple’s two sons, totaling six children for James Dolan.