Dana’s boyfriend was born Corey Jae Crowder on July 6, 1990. The Georgia native attended Villa Rice High School in Georgia –where he was a two-sport athlete playing quarterback and point guard for the school’s respective teams.

The son of Corey Crawford and Helen Thompson is one of eight kids –who went onto play college basketball at three different schools, South Georgia Tech, Howard College, and Marquette, before entering the 2012 NBA Draft. His father played in the NBA for the Utah Jazz and the San Antonio Spurs.

He played two seasons for the Dallas Mavericks before a trade sent him to the Boston Celtics in 2014. The forward has been dating Dana Lambert with whom he shares a child for a while now, meet her below. 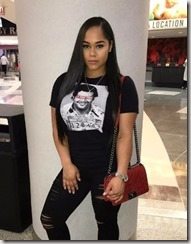 Dana Lambert has been one of those controversial wags. Over the years, the Chicago native has grabbed more than one headline and let’s just say is not exactly for her charity work.

Lambert comes a the aggressive type wag. Last year she got in trouble at the Staples Center after it was reported she allegedly spit on another woman, during a game between the Celtics and Los Angeles Clippers. She was arrested for simple battery.

She then got hold of Jae’s Instagram account to publicly shaming by posting the photos of his alleged mistress. She later deleted the entire thing and they both have kept the relationship strong. 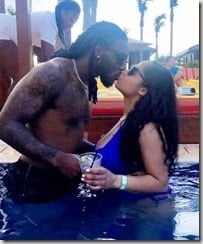 Aside form all the drama, Dana Lambert is the proud mother of the couple’s only child. They welcomed daughter Jada Corey Crowder on October 23, 2013.

Lambert, along with Shawn Marion’s ex-girlfriend Jennifer Christenson, are the founders of Backboard Baby, a platform for mothers to share their stories.

The proud mommy of one,  calls herself a Writer and Philanthropist on social media. As an interesting fact, she has a twin sister named, Dona who is also into NBA players.