Teyana Taylor is the fabulous rapper/actress girlfriend of NBA star, Iman Shumpert, her man currently plays for the Cleveland Cavaliers and previously played with the New York nicks.

While attending Georgia Tech he was named to the All-ACC second team and was a member of the conference’s all-defensive team.

Since foregoing his final year of college eligibility, and becoming a member of the Nicks; he was traded to the Cleveland Cavaliers midway through the 2014-15 season. He helped the Cavaliers win the 2016 NBA Championship.

Shupert isn’t only famous for being an NBA player, his relationship with artist Teyana Taylor –best known for her dance routine in Kanye West’s music video, “Fade.” 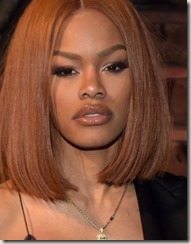 Teyana Taylor was born December 10, 1990. Before the New York native grabbed headlines for her ****** dance on Fade, she signed a record deal with Pharrell Williams in 2007 at age 15.

Teyana who began performing as a little kid released her debut mixtape From a Planet Called Harlem in 2009. Her first single, “Google Me,” is still a viral hit.

In 2012, she signed to Kanye West’s GOOD Music label. She and Kanye also worked together on My Beautiful Dark Twisted Fantasy.

Since then she has worked with and written records for major artists such as Usher, Chris Brown, and Omarion.

She made the transition to acting in 2010 with Stomp the Yard: Homecoming, but she’s been in quite a few movies since.

If that’s not enough for you she also has worked with another big name, Beyonce. According to Cosmopolitan, it was Teyana who choreographed Queen B’s music video for “Ring the Alarm.”

Taylor has also shown interest in fashion landing a deal to design and release two pairs of sneakers with Adidas. She is also a regular during Fashion week events. 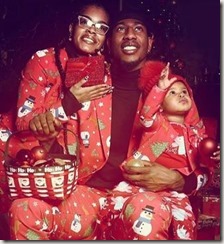 The ridiculously fitted Teyana has been in a relationship with Shumpert for a number of years. The couple welcomed a daughter named June in 2015. In November 2016, Teyana revealed she and Iman had a secret wedding that September.