Giannis played for the Greek basketball team Fiulanthlitikos, prior to being drafted by the Milwaukee Bucks during the first round of the 2013 NBA Draft.

Former college volleyball player Mariah and Giannis have been dating for several years and have one son together.

The young couple announced the birth of their son via Instagram in February 2020.

Mariah’s sister Makayla is the girlfriend and baby mama of NFL cornerback Jaylon Johnson, who was drafted by the Chicago Bears during the 2020 NFL Draft. 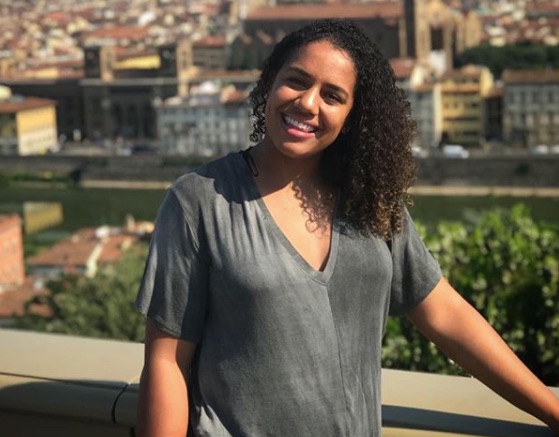 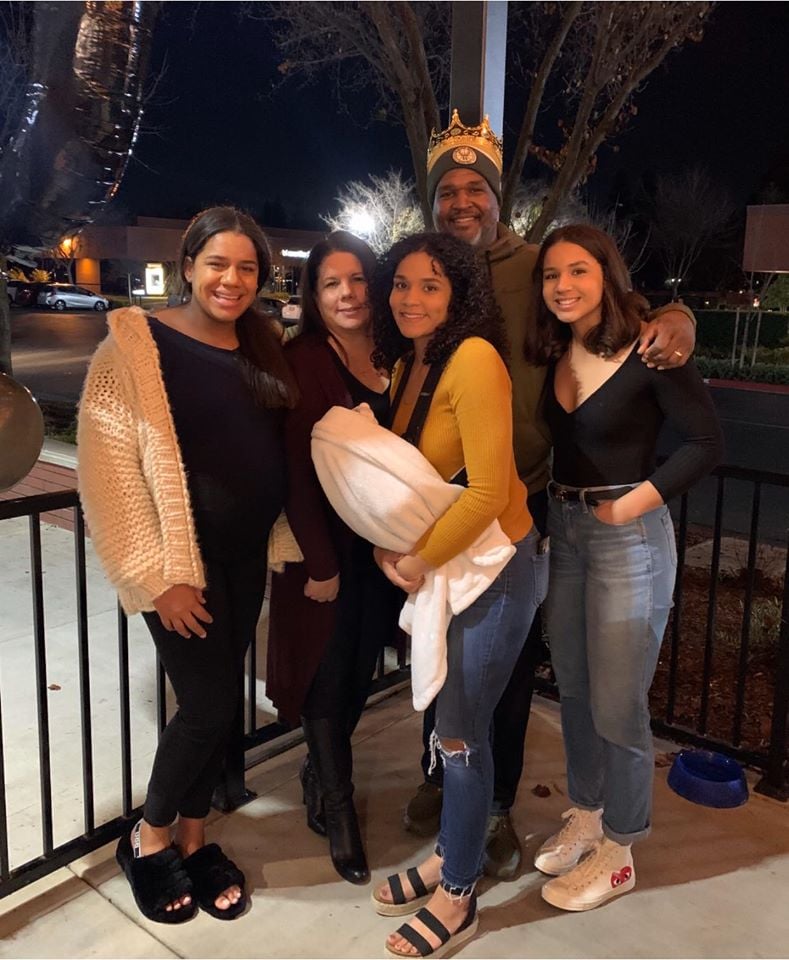 Mariah’s family originate from Fresno in California and have an illustrious sporting history in the region in basketball, volleyball and teaching.

Mariah’s dad, William Pat Riddlesprigger, played four years for the Fresno State basketball team at Fresno State and Herbert Hoover High School before that. Mr. Riddlesprigger started 30 games for the Bulldogs and averaged 7.5 points and 4.8 rebounds. William is 6’0″, so now we know where his lovely daughter, Mariah Riddlesprigger’s height of 5’10” may originate from. Very handy as a professional volleyball player for spiking at the net! 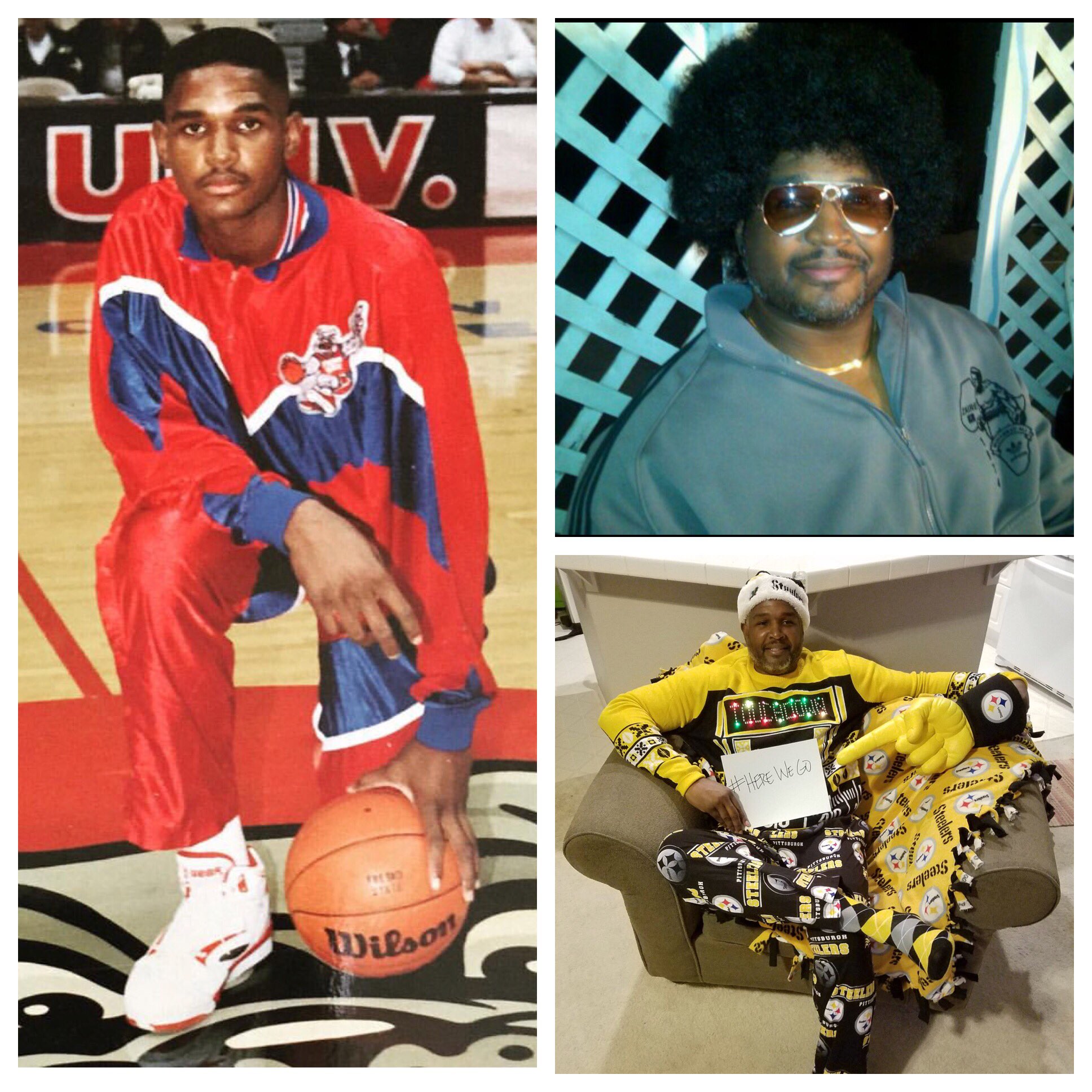 He is now a teacher at Fresno Unified School District; his wife Cathy is a Regional Sales Manager at Allstar Fire Equipment, she also worked at Sysco.

Mariah’s sisters are Makayla Dominique (b.  1999) and Maya Dawn Riddlesprigger (b. 2000). Both her sisters played volleyball at Central High School. 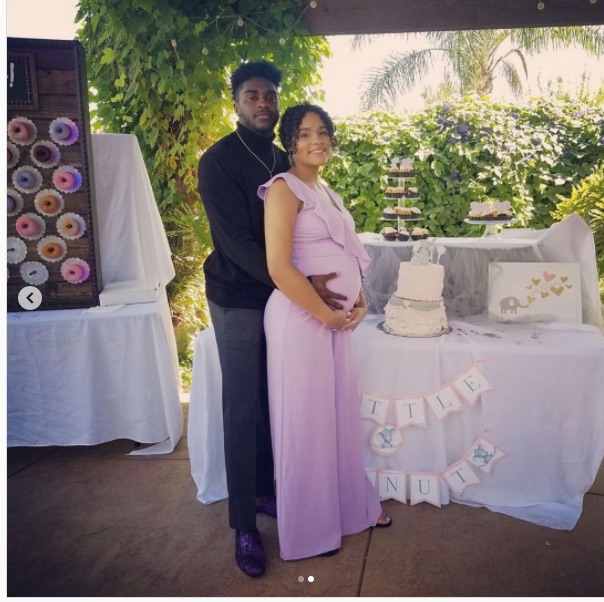 Makayla who graduated from Central High in 2017, gave birth to a beautiful baby girl, Zaveah Nicole Johnson on November 11, 2019, with her boyfriend Jaylon Johnson, a football cornerback recently drafted by the Bears during the 2020 NFL Draft, prior to that Jaylon played at the University of Utah and Central Fresno High School. 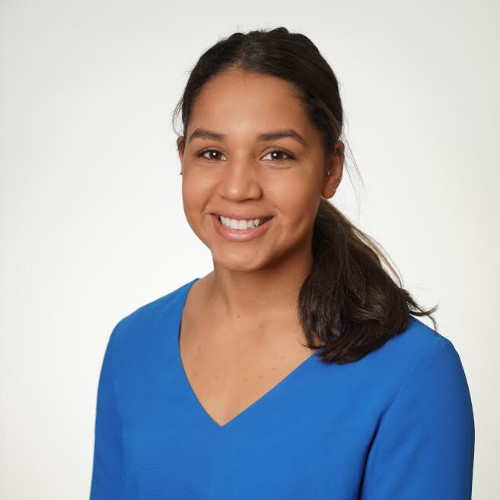 Mariah’s youngest sister, Maya, stands at 6’0″ she played volleyball at Central and now with the Titans Volleyball team at Cal State Fullerton. She was selected student of the year candidate by the Leukemia & Lymphoma Society in 2017.

Maya expects to graduate from Cal State in 2022, with a Bachelor of Business Administration and Marketing. She works part-time at ****’S Sporting Goods in Fresno.

As we previously told you Mariah Riddlesprigger played volleyball first at Bullard High School from 2006 to 2010 and subsequently at Rice University from 2010 to 2014.

She graduated in May 2014, with a Bachelor of Arts in Sports Management and Sociology and a minor in business.

While she was still at Rice, Mariah was named into the C-USA Commissioner[apos]s Honor Roll and C-USA Defensive Player of Week (Nov. 18).

In addition to volleyball, Mariah participated in the high jump, ran outdoor track, and javelin throw.

Mariah Riddlesprigger worked at Rice University Ticket Office from March 2011 until 2013; she later did a basketball Operations internship for the Philadelphia 76ers from May 2015, until June 2016.

It is unknown how Mariah and Giannis met, but they started dating in 2016. If you know how this lovely couple met, please drop us a comment below and we will see if we can verify it from a few different sources. 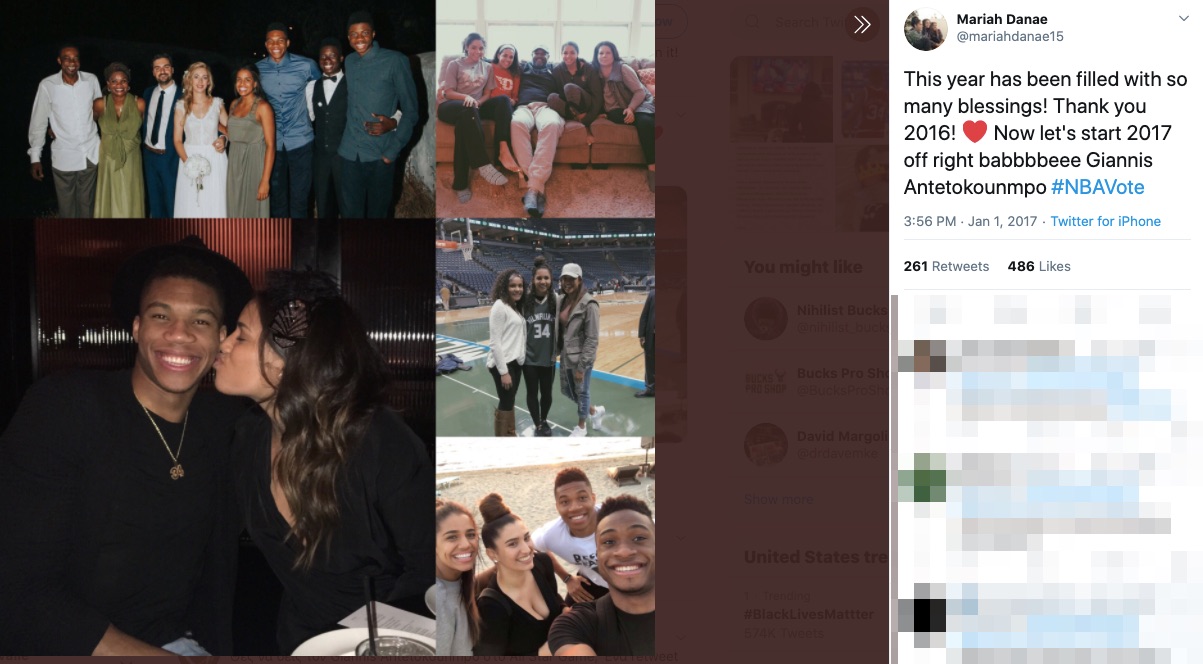 According to sources, after a while, Mariah moved in with Giannis in Milwaukee. She started to show up regularly at his games and other girlfriends of Milwaukee Bucks players started to post photos with Mariah on Instagram.

Mariah started to show up more often on Giannis’ Instagram as well,  and not only in the Milwaukee area but all over the globe! 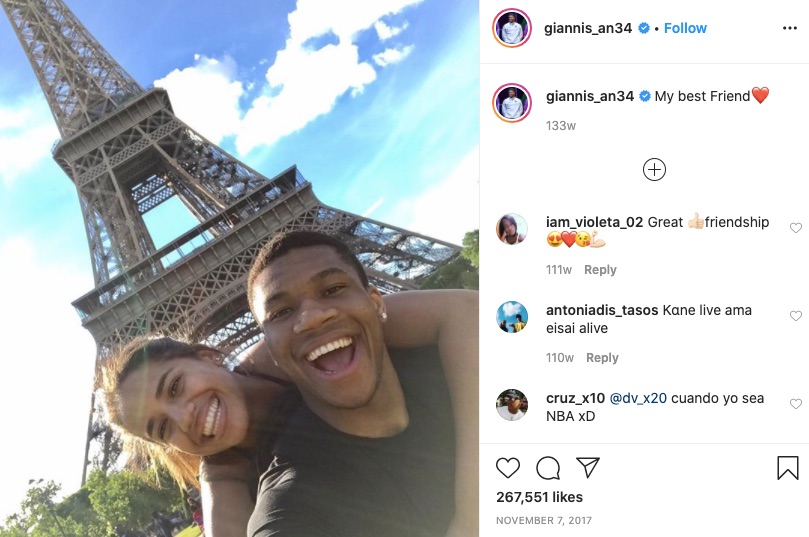 Giannis took to Instagram when he and Mariah attended their first baby shower. 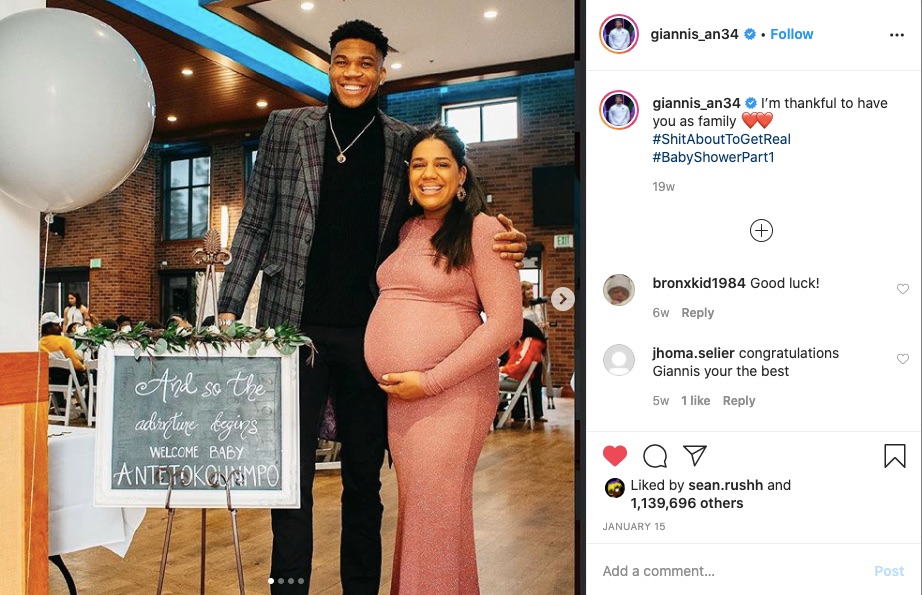 But Giannis confirmed the pregnancy in October 2019, after a reporter asked him about a photo Mariah posted on her Instagram with a baby bid with the No. 34 with the caption “Most valuable baby coming soon.”

To that Giannis responded.

“I don’t follow my girlfriend on Instagram, so I don’t know if she posted it or not. I haven’t seen no belly,” Antetokounmpo joked.

Be eventually confirmed the baby news.

He also confirmed they were having a BOY!

“(There’s) gonna definitely be some baby Zoom Freaks and some matching fleece and matching Nike sweats and all that. Yeah, he’s gonna be just like his dad,” Antetokounmpo said.

“I think for a little guy that’s not even here yet, (it) makes you more mature,” Antetokounmpo said. “A lot of people say I’m mature for my age, but I think that changes you a lot, but I’m happy about it. I’m excited about it. He’s not here yet. I can’t wait until he’s here.” 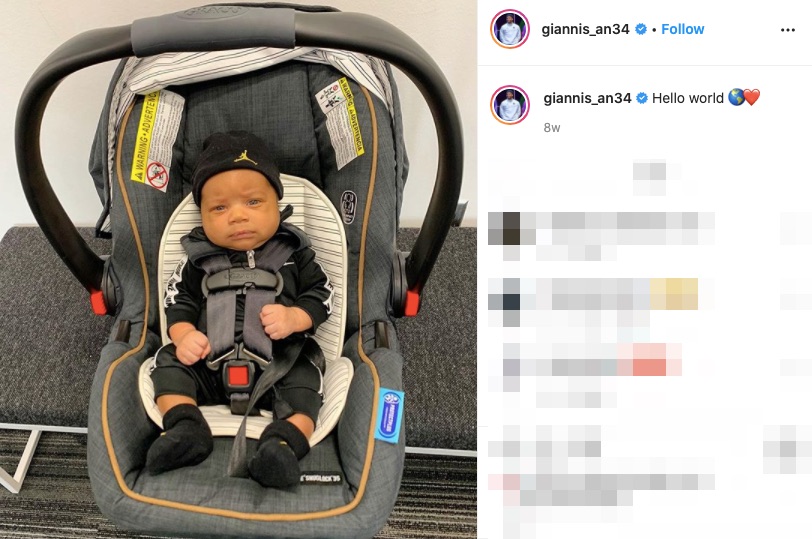 You can see tons of photos of Liam on his Instagram photos and stories, they do make a beautiful family.

You can find Giannis Antetokounmpo on Instagram here; his better half, pretty Mariah Riddlesprigger ig has her account on private, but you can see it here and you can also follow her on Twitter, @mariahdanae15, here.