Morgan Poole is the lovely NBA wag of Milwaukee Bucks guard, Eric Bledsoe. Together for nearly a decade the couple are the proud parents of two.

Morgan’s man averaged a career-high 21.1 points and 6.3 assists for the Suns last season. Born December 9, 1989; the Alabama native played one year at Kentucky before declaring for the NBA Draft. He was drafted by Oklahoma City, who immediately traded him to the Clippers.

He began his career with the Los Angeles Clippers in 2010 before being traded to the Phoenix Suns in 2013. He became the Suns’ starting point guard in his first year with the team.

Bledsoe, 27, hasn’t played since his infamous “I don’t want be here” tweet, which he sent shortly before the news broke that Suns head coach Earl Watson had been fired just three games into the season.

But that will soon change, Eric is set to join a young, talented Bucks team looking to contend in the Eastern Conference. 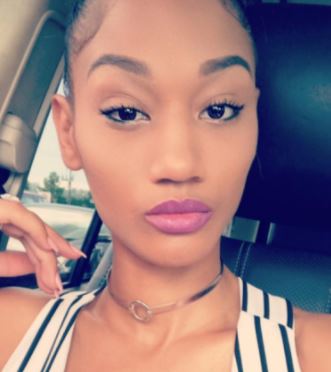 Though Morgan and Eric just became husband and wife earlier this year, these two have known each other for years. She’s been with Eric since 2008 and after a long courtship and two kids later, Eric (finally) popped the question in 2016. The high school sweethearts tied the knot this past July.

Is safe to say Morgan has been her hubby’s number one fan throughout his career. The two met while being students at Parker High school. 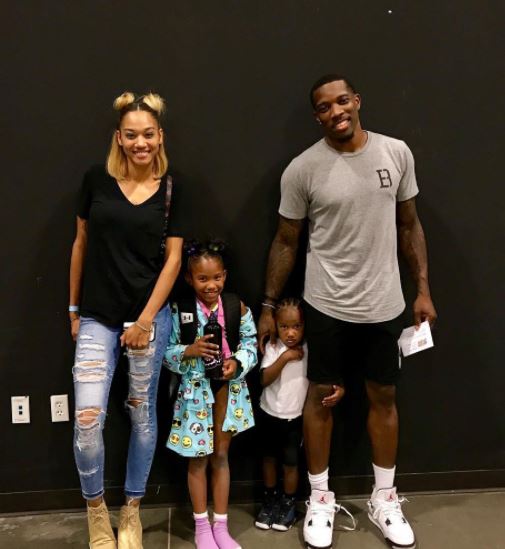 The NBA wag spends her days caring for the couple’s children, son Ethan and a daughter named Ariana. Additionally, Morgan Poole is also a hairstylist. That right, the wife and mom of two is actually a proud Phoenix stylist and the owner of a salon called ‘More by Morgan.’

Once a client has been tended by her, Morgan calls it the #themorganexperience

Find the pretty wife and mom of two on Instagram here.