Siohvaughn Funches is the former wife of NBA player Dwayne Wade, the two were married for five years prior to their split.

Siohvaughn’s ex-husband is well known for his tenure with the Miami Heat. During his 16-year career, established himself as one of the most well-known and popular players in the NBA.
Wade had a successful college career at Marquette University, and later he was drafted 5th overall by the Miami Heat in the 2003 NBA Draft. The 2006 NBA Finals MVP; who won two more championships with the team in 2012 and 2013.
Wade departed the Heat in free agency in 2016 to start playing with the Bulls. After 13 years with Miami, he had brief stints with the Chicago Bulls and Cleveland Cavaliers before returning to the Heat in 2018.

Wade -who is currently married to actress Gabrielle Union -was first married to first wife, Siohvaughn Funches whom he met and dated through high school. The two tied the knot in 2002. During their time together they welcomed two children, sons Zaire and Zion. 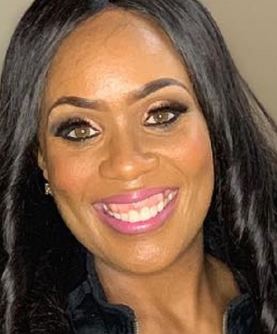 The mom of two and former NBA wag, Siohvaughn Funches was born September 6, 1981. She is a renowned author, speaker and professional counselor. Earlier this year she released her own inspirational podcast called, “Faith Comes by Hearing”
Dr. Funches has earned her Bachelors Degree in Psychology, a Master’s level certification in Professional Counseling, a Doctorate in Theology and a Juris Doctorate degree in law where she graduated Magna *** Laude.

Funches is known as the author of “You Gotta Let God Finish!” And “The True Story for God’s Glory: The Life of Siohvaughn L Funches-Wade -she has been featured in many popular radio, TV and print media outlets.
Funches also founded and heads A Woman’s Worth Foundation, Inc., a non-profit organization helping women and children survivors of domestic violence be restored.
In addition, Dr. Siohvaughn Funches is the owner at The Mediation Matters Firm -an alternative dispute resolution firm.