Kayla Harris is the lovely girlfriend of NBA player Dewayne Dedmon –whom we know as a center for the Atlanta Hawks.

Kayla’s NBA stud was born August 12, 1989 to Thomas Dedmon and Gail Lewis. The California native was raised along with two sisters. His mother, a Jehovah Witness, did not let him play high school basketball so Dedmond didn’t play until he was over 18.

After spending a year playing basketball at Antelope Valley College, he transferred to USC where he started 49 games in two seasons. He gave up his final year of college eligibility in order to go pro.

In two years at USC, the 7 ft 0 in Dewayne had 85 blocks, the ninth-most in school history. Known for his defensive play, he’s averaged more rebounds than points per game for most of his college and professional career. He signed igned with the Golden State Warriors as an undrafted free agent in 2013. He also played with the Warriors and 76ers, before signing with the Orlando Magic in 2014.

Dedmon spent the 2016-17 season with the San Antonio Spurs. He averaged 5.1 points, 6.5 rebounds and 0.8 blocks per game. He signed a two-year $14 million deal with the Hawks, earlier this year. 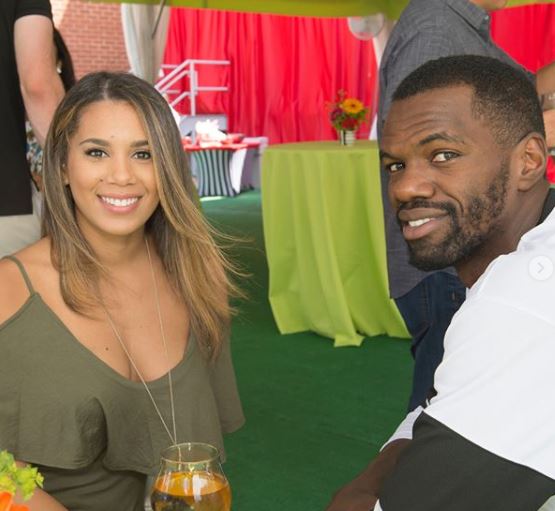 Is clear Dedmon remains a solid player and his private life also seems solid next to his pretty girlfriend, Kayla Harris. 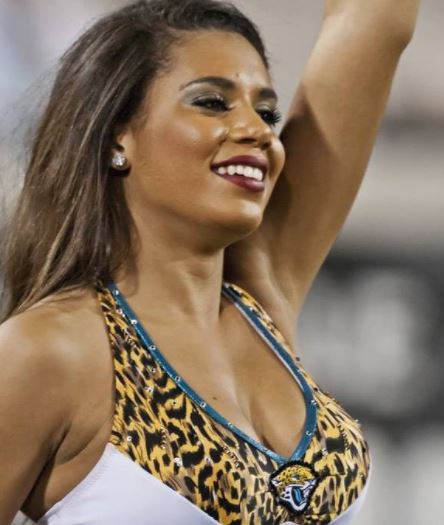 Miss Harris happens to be a former NFL cheerleader. The young lady was born January 21, 1991 and hails from Jacksonville, Florida where she was born and raised along with three younger brothers and one younger sister. Her parents are Karl and Jennifer Harris, both of her parents are military veterans.

According to her social media profile, Kayla Harris served as an NFL cheerleader for the Jacksonville Jaguars from 2012 to 2014. The stunning brunette also holds a degree in public relations and communications form the University of North Florida.

Though it not exactly clear how she and Dewayne met, it appears as if the couple has been dating since 2015.