Morgan’s NBA stud was a McDonald’s All-American during his senior year at LeFlore High School in Mobile, Alabama. He played college basketball at Kentucky and prior to the Warriors was a player with the Sacramento Kings and New Orleans Pelicans.

Things could not be going better for DeMarcus who is also engaged to the lovely, Morgan Lang. The two became engaged last year. The two have been dating for about three years. 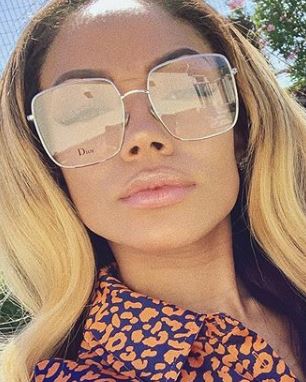 Miss Morgan Lang is quite the catch! The Alabama native is an educated woman and an entrepreneur.

Lang graduated from Alabama State University in 2015 and is the owner of Body Lang Boutique, a clothing line based out of Mobile, Alabama. At her joint you can find jumpsuits, dresses, bodysuits, and more. Lang uses both her personal Instagram and the store’s Instagram to advertise the clothing, and often wears it herself.

The NBA wag stays quite active on social media, in addition to her store, she also shares snaps of her man and pretty much her luxurious life style -which includes flying on private jets and vacationing in Spain.

Lang will become the stepmother for DeMarcus’s two children. He is the father of a son Amir who was born in 2012, and a daughter Vana, from his relationship to ex-girlfriend Christy West.