Niki Levy is the longtime wife of Basketball executive, David Levy -who until recently served as CEO of the Brooklyn Nets.

Niki’s husband is reportedly leaving his top post as, less than two months into his tenure with the team.
Before joining the Nets and Barclays Center, Levy spent over three decades at Turner Broadcasting, serving as president of the media giant for six years. Levy joined Turner in 1987, and been president and CEO from 2013 until he left. Levy, who is a graduate of Syracuse University -had previously served as supervisor of ad sales, affiliate relations and sports programming.

The former exec, has been happily married to wife Niki also found as Nicki -for several years. According to the couple’s wedding announcement, they tied the knot in 1987 at the Tamcrest Country Club in Alpine, N.J. 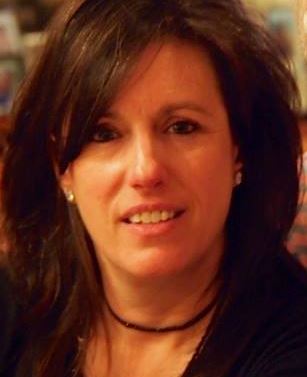 Niki Levy was born Niki Robin Berger to Mr. and Mrs. Gary Berger of Englewood, N.J., -like her husband, Niki attended and graduated from Syracuse University.
Niki Levy and her husband are the proud parents of two grown children, sons Brett and Jake.

Jake Levy studied at University of Delaware, is a former Counselor at Purchase Day Camp and is listed as a lifeguard at LifeTime.Life. Brett Levy currently lives in Charlotte, North Carolina.

The wife and mother of two has been often photographed next to her husband attending social events. In 2016, the Juvenile Diabetes Research Foundation (JDRF), the leading research and advocacy organization funding type 1 diabetes, honored David and Niki Levy, with the organization’s annual Humanitarian of the Year award.

55-year-old Niki Levy is a former account executive for WMCA Radio in New York. She can be found on social media as Niki Berger Levy.