Blair Alise Bashen is the beautiful girlfriend of the NBA player Danny Green, who’s currently a shooting guard for the San Antonio Spurs. Curiously, Danny’s cousin, Gerald Green, is also in the NBA playing in the same position as Danny, but for the Boston Celtics. Keep reading to learn more about Blair!

Danny is not married yet. He has been dating Blair Bashen for the last five years. He is also engaged to Blair. He does not have any children yet.

How many rings does Danny Green Have? 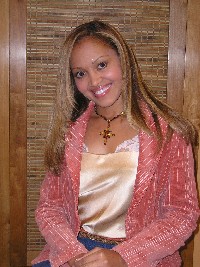 Danny Green is not married yet but might soon change that. He has been engaged to his girlfriend Blair Bashen. They have been together for about five years.

Danny Green proposed to his long-time girlfriend recently. Blair Alose Bashen got engaged with Danny Green after a five-year relationship. The marriage is yet to be held.

Blair Bashen was born Blair Alise Bashen. She was born in 1989 and is now engaged to Dany Green, the famous NBA player.

Blair Alise Bashen is NBA player Danny Green’s fiance. Her parents are Steven Bashen and Janet Emerson Bashen. Blair’s mother is an inventor and entrepreneur who Ebony Magazine named as one of the 100 most influential African-Americans in entertainment, politics, sports, and business. The 5’10’’ gal has a brother named Drew Alec Bashen, who graduated from St. John’s University. On the other hand, Blair graduated from St. John’s High School in Houston. She holds a major in Organizational Leadership and Supervision from Purdue University. Ms. Bashen also played volleyball at Purdue

How old is Blair Bashen?

Blair Bashen and Danny Green announced their engagement on social media in June 2020. They have been together for about five years.

Blair is of mixed ethnicity. Her mother is an African American and her father is Caucasian. She is engaged to Danny Green. She is an American citizen.

Danny Green is of mixed ethnicity. He is black and an American citizen.

Danny has a large family which includes –

Danny has two brothers, Devonte and Rashad Green. Both of them played basketball in college with Rashad playing for the University of San Francisco and Devonte playing for Indiana University.

Danny was born to father Danny Green Sr. and mother Rene Darell in 1987.

The NBA player was born on June 22, 1987. He’s originally from Babylon, New York, and was eligible for the 2008 NBA Draft when he was a senior at the University of North Carolina. Although, he didn’t sign with an agent, so the Cleveland Cavaliers picked him until the year after during the 2009 NBA Draft

Danny is an avid user of Instagram and quite fond of clicking pictures.

Mr. Green played with the Cavaliers for 20 games until he was waived, so the San Antonio Spurs then signed him in. Blair’s boyfriend signed a three-year contract for $12 million in July 2015.

Danny Green has a decorated reference chart. He has been an NBA Champ three times and has a career average of 9.0 points. His performance in 2020-2021 is above average with 9.6 points.

Danny is quite active on social media such as Twitter. He voices his opinions and shares news with the followers. You can follow him at @Dgreen_14.

In the year 2017-2018, Danny played with a groin injury. He was not himself quite aware of the extent of the injury. After the season was over, it was discovered to be a Groin tear.

It was rumored that Danny has married Prissy Blair. But the rumor is false. Danny has been with his girlfriend Blair Bashen for five years and is now engaged to her.

Follow the star NBA player and his soon-to-be wife using these handles.