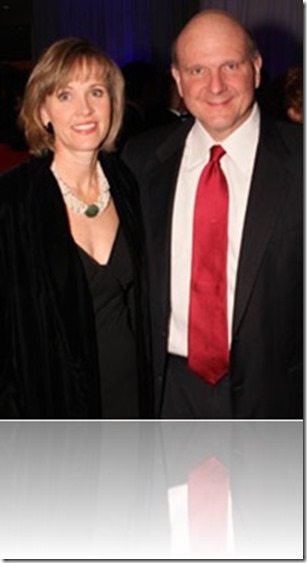 Meet Connie Snyder, the wife of 24-years of former Microsoft chief executive Steve Ballmer. She and her husband don’t really need an intro but the fact that her famous man was mostly featured in tech magazines and now he will be featured in the sports section is something to talk about!

After the NBA banned Sterling for racism and the Clippers were up for sale, Connie’s hubby didn’t think twice about making an offer, in fact he made The offer. The news is out after sole trustee Shelly Sterling announced that Ballmer bought the NBA’s Los Angeles Clippers franchise for $2bn, a record for a professional basketball team.

Enough about that, well sure be hearing more about it in the near future and here in Fabwags our specialty is to tell you about the women behind the man, that being said, is Ms. Ballmer’s turn. 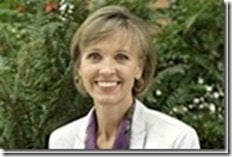 An advocate for the well-being of children, Connie E. Snyder of Bellevue, Wash., was born September 01, 1962, and grew up in Oregon. She attended Oregon City High School and and received her bachelor’s degree in journalism from the University of Oregon in 1984. She began her career by working in both the Portland and Bellevue offices of Waggener Edstrom public relations, which serves the high tech sector. She has served on a variety of non-profit boards for organizations including Overlake Hospital, National Public Radio, KCTS Television and Lakeside School.

She became Connie E. Ballmer in 1990, and met her husband while both were working at Microsoft.

Connie has been successful in both her professional and personal life, she and her husband share a passion for giving back to others, that’s why she manages the Ballmer family’s philanthropic giving.

The 52-year-old he has been involved in charities for a long time,it was hers and Steve’s $10 million donation that started Partnership of our Children , it was created to bring state government, college experts and private money together for the first time to improve the state child-welfare system. Ballmer also serves as strategic advisor and board member for POC.

Snyder and her husband are also parents to three sons, Sam, Peter and Aaron, all three of her boys attended Lakeside School where  Connie is board chair and sits at the board of Trustees since 2004, actually her youngest Aaron (15) still attends there, Peter graduated this last year and is currently enrolled at Stanford University, and Sam graduated in 2010.

Her husband was listed by Forbes number 35 on its annual World’s Billionaires list, and named hi with a net worth of $20 billion so what is a couple of billion for the Clippers right!

So we’ll definitely be hearing more of the Ballmer’s, they’ll probably get a mansion in L.A if they don’t have it already!