Caressa Suzzette Madden is the wife of former NBA player, Delonte West -who most notably played for the Boston Celtics.

Caressa’s husband has many concern about his well being after a couple of bizarre videos surfaced online ealier this week. A man though to be West can be seen being attacked in the middle of a road. Another video showed him handcuffed talking to police.
This is not the firts time West is seen in bad shape, back in 2016 he was reportedly spotted in a Houston-area Jack in the Box in rough shape. 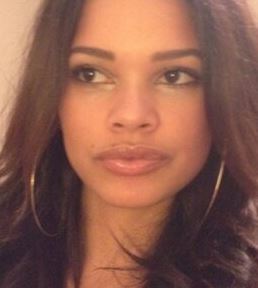 36-year-old Delonte last played in the NBA in 2012, after his career was derailed following a number of incidents. The former Saint Joseph’s standout was diagnosed with bipolar disorder in 2008. In 2010, he pleaded guilty to two weapons charges.
West was picked by the Boston Celtics with the No. 24 overall pick in the draft in 2004 — he later played with the Cleveland Cavaliers. Delonte played in the league for eight seasons from 2004-2012. He last played for the Dallas Mavericks in 2012, but was suspended twice for conduct detrimental to the team and eventually waived.

In 2013, he played for the Texas Legends of the NBA D-League. In 2015 he returned to the D-League after a stint in China with Fujian Xunxing. He was waived by the Legends after suffering an injury.

Delonte has been married to wife, Caressa for the past seven years. His first marriage did not work out. He met second wife Caressa Suzzette Madden -at the house of a mutual friend. They soon moved in together. West then popped the question, saying
‘I’m broke, heat ain’t working, brain ain’t working right, but I love you’ -He famously cut a string off a jump rope he found in the garage and tied it on her finger. They became husband and wife in 2013.

Caressa Suzzette Madden who goes by Caressa West was born on May 13, 1988; records online showed she lives in Dallas Texas.
Since their nuptials, the couple has welcomed two children together. She is the proud mother of two sons of whom one is named, Cash.
Unfortunately not many more details can be found about the former Wag and mother of two. She keeps an old Twitter profile here.

According to TMZ, Delonte is currently in recovery with family members however, is not clear if that includes wife Caressa. The state of their relationship is not clear.