You are here: Home / NBA / Who is Anthony Davis’ Current Girlfriend?

Anthony Davis, the NBA professional player has everything going on for him however, the 25-year-old power forward and center is apparently single. How can that be?

Anthony has played his entire career in New Orleans since being drafted as the No1 overall pick in 2012. The five-time All-Star has recently expressed his desire to be traded.

He spent one year at the University of Kentucky, earning the 2012 National Player of the Year award while leading his team to a 38-2 record and an NCAA Championship.  Davis was then drafted first overall in 2012 by the New Orleans Hornets, who were renamed the Pelicans in 2013. He was selected to his first NBA All-Star game in 2014 and led the NBA in blocked shots in both 2014 and 2015. 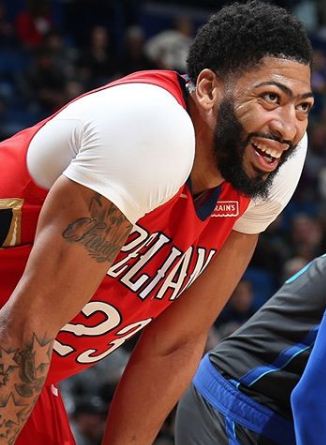 Reports say Davis is having the best season of his career, averaging 29.3 points and 13.3 rebounds per game –and is probably living his best life right now, however the question remains; who is his current ride or die? It seems such a waste that the talented player is enjoying all the perks from a successful career all on his own, but it seems that way at least until now.

Davis who is pretty active in social media where he has millions of followers, gives no indication of being in a current romantic relationship. Instead, he’s been focusing on his game, and also, doing good-deeds through his Anthony David Foundation.

In the past, he’s been romantically linked to WNBA player, Brittney Griner but things didn’t work out. Davis then began dating a woman named Marlen who allegedly gave birth to his child in 2018. It seems however that the two are not together.