Angela Reed is the lovely and supportive wife of retired NBA player Charles Oakley –whom you might remember as one of the best rebounders in the NBA.

Oakley was the ninth pick in the 1985 NBA draft after playing for four years at Virginia Union University. He played for the Bulls, Knicks, Raptors, Wizards, and Rockets.

He was one of the best rebounders in the NBA, and he won the NBA all-star award in 1994. Apart from this, he has bagged numerous awards such as NBA All-defensive first team, NBA All-rookie first team, NABC Division II player of the year, and more.

As far as his career statistics are concerned, Charles has been consistent during his profession and has 12 417 points, 12,205 rebounds, and 3,217 assists. He was also inducted into the Virginia Hall of Fame and Museum to acknowledge his 19-year-old career.

The 54-year-old icon was recently arrested in Vegas after he was accused of cheating at a casino.

He and his wife Angela Reed have been married since 2016. Meet her below. 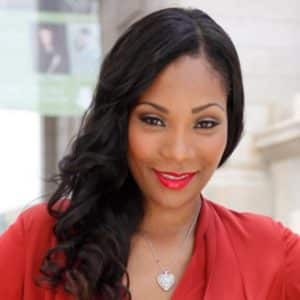 Though Angela and Charles tied the knot in 2016, however, they have been in a relationship for several years. The pair got married on July 30, 2016. Angela and Oakley are the proud parents of a teen daughter, Ahmauri Anderson, who is reported to be a close friend of Kylie Jenner.

The stunning wife and mother isn’t only a pretty face; she is also a businesswoman. The Harvey, Illinois native studied at DePaul University and held a CFP certification from Emory University. She owns a consulting firm where she mainly consults celebrities and players regarding their financial health.

Angela Reed is a financial consultant –who also goes by A.D. Reed and serves as CEO of The Tax Prep Co. and CEO of The Oakley Agency. She is uniquely qualified in accounting, lending, wealth management, financial planning, and tax preparation.

According to a rolling out, Reed, along with professional basketball player-turned-economic expert Robert Layton, are the creators of A Lucrative Life –a financial boutique and financial lifestyle consulting firm.

The two entrepreneurs merged their individual talents and have become so proficient at their craft that they currently boast a more than 4,000 strong clientele, many of them athletes, entertainers, and Hollywood celebrities.

According to social media, she currently resides in Atlanta, Georgia. The lovely Mrs. Oakley says about herself on social media as a “Mommy, wife, entrepreneur.”

How much is Charles Oakley worth? 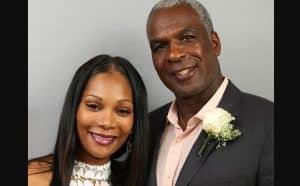 Charles Oakley’s worth $12 Million as of 2020. Apart from his basketball career, he served as a coach for Killer 3’s of the Big3. He enjoys a rich lifestyle and his income through basketball; Oakley owns multiple businesses related to the car wash. Oakley’s Wash House, Hair Solutions, and Nails Etcetera are some of his enterprises currently run by his family. His sisters run the hair parlor, and his mother runs the car wash business.

Charles Oakley got married to his long-time girlfriend, Angela Reed, in 2016. The couple has been together through thick and thin and leads a happy life together with their children. With all the busy schedules, they make time for each other and have been going strong.

Charles Oakley was born in Cleveland, where he attended John Hay High School and Virginia Union University. He was born to Corine Oakley and Charles Oakley II. He has four sisters: Saralene Oakley, Diane Oakley, Yvonne Moss, Carolyn Feeders, and Curtis Oakley. But Curtis passed away years ago. His son, Curtis Oakley Jr, is a top NBA player.

Charles Oakley is survived by his wife, Angela Reed, and three of Angela’s children.

When did Charles Oakley get married?

Charles Oakley got married in 2016 to Angela Reed. They are happily married and have a great understanding.

Charles Oakley is the stepfather to three kids of Angela. Angela has two daughters and one son. Charles has been a good stepfather throughout and has a cordial relationship with his step-children.

Does Charles Oakley have a son?

No, Charles doesn’t have a son. However, he is the stepfather to Angela Reed’s children from her previous marriage. He has a good cordial relationship with all his stepchildren.

How old is Charles Oakley?

Charles Oakley is 57 years old. He retired after his final season in 2003-2004. He has done a remarkable job in his 19-year professional career. He is a generous human who believes in giving and helping society.