Amber is the pretty girlfriend of NBA player Marcus Morris -whom you may recognize as a player with the New York Nicks. Read on to find out more about Marcus Morris’s Girlfriend, Amber Soulds.

Amber’s boyfriend had to issue an apology after saying Memphis Grizzlies’ Jae Crowder has “got a lot of female tendencies on the court.”
Morris later took to Twitter to apologize for some of his comments: “I apologize for using the term ‘female tendencies’. I have the utmost respect for women and everything they mean to us.” 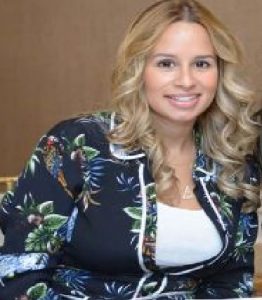 Amber Soulds was born in the States and is an American by nationality.

Amber Soulds was born on July 14, 1981; according to a LinkedIn profile, she studied at the University of Phoenix.

Marcus Morris, born on September 2, 1989; the Philadelphia, PA native, has a twin brother, Markieff, also an NBA player. Apart from Markieff, he has three other brothers named Donte, Blake and David.

Marcus was rated as a four-star recruit by Rivals.com out of APEX Academy in Pennsauken, New Jersey.

He was selected 14th overall by the Houston Rockets in 2011. After two years with the Rockets, he went on to play for the Phoenix Suns, Detroit Pistons and Boston Celtics. He was named the 2010-11 Big 12 Player of the Year while starring for the University of Kansas Jayhawks. 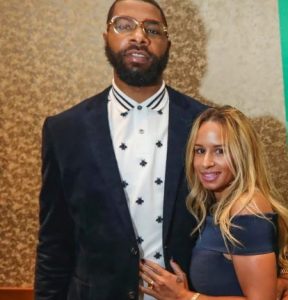 Someone who definitely appreciated Marcus’ recent apology must have been his girlfriend -Amber Soulds. The two have been in a relationship for a while.

It is not clear if the two are married, but some publications describe Amber as his wife. In July 2018, the couple welcomed a son named Marcus Jr.

But as of today, nothing is clear about their relationship. While Morris posts pictures on Instagram of his son, he rarely posts with Amber Soulds.

The NBA wag serves as the executive director of FOE -Family Over Everything Foundation -which Marcus and Markieff founded in 2017. FOE, which is a family-only staff, serves single-parent and underprivileged families through an organization that’s

On speaking about the family’s foundation, Amber told closeup360, “We were sending stuff for the kids so that they could go back to school.

We were setting up Christmases for them, so we’ve stayed in touch, and we still are,” “That’s how close Marcus and Markieff get to some of these kids. They want to stay in contact; it’s not a one-and-done.”

Did you know Marcus Morris has a Twin Brother, Markieff Morris, who is married to his long-time girlfriend, Thereza Wright Morris. Read more about them on our page here

Want to read more about the loves and lives of the National Basketball Associations’ (NBA’s) Hottest Wives and Girlfriends? Dive on in to our most popular reader nominated posts here