Tawanna Turner was once married to retired NBA player, Allen Iverson -well known for his time with the Philadelphia 76ers.

Tawanna’s ex hubby played for most of his career with the Philadelphia 76ers, he also played for the Denver Nuggets, Detroit Pistons, Memphis Grizzlies and the Beşiktaş before retiring in 2011.
He played basketball for two years at Georgetown and after the end of his sophomore year, Iverson declared for the 1996 NBA draft. He was selected first overall by the Philadelphia 76ers in the 1996 NBA draft.
Iverson also known by his nickname ‘the answer’ became the star of the 76ers; he played with the team from 1996 to 2006. Iverson was named NBA MVP in 2001, selected to 11 consecutive All-Star games from 2000 to 2010, and he led the 76ers to the NBA Finals in 2001. He was a 4-time NBA scoring champion and ESPN named him the fifth greatest NBA shooting guard of all time in 2008. He was inducted into the NBA Hall of Fame in 2016.

Iverson was married to Tawanna Turner for 12 years before their divorce in 2013. She is mostly known for being married to the former NBA player. 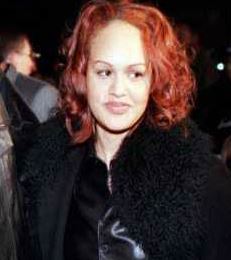 The two met in high school when they were 16. The high school sweethearts tied the knot in New Jersey in 2001 at The Mansion on Main Street in Voorhees.
During their marriage, the couple welcomed five children together. Tawanna Turner is the proud mother of Allen Iverson II, Dream Alijha Iverson, Messiah Lauren Iverson, Isaiah Rahsaan Iverson and Tiaura Iverson.

The couple had a tumultuous time together as Tawanna accused Iverson of domestic abuse. She filed for divorce the first time in 2009, then again in 2010. Their divorce was finalized in 2013. However, the couple is said to have gotten together less than a month later.
The former NBA wag and mother of five, who leads a low profile -seamed willing to rekindle their relationship by 2016 when Iverson said during his epic hall of fame speech
“My number one person in the world, hands down, Tawanna Iverson. Twenty-four years — ups, down, but real love. I can’t thank you enough for all you’ve done for me. Not just my career you enabled me to go to work, and you took care of home. But for loving me the way you do, and caring about what type of person I am and what type of person I need to be to set the example for our babies.”

Together or not, Tawanna Turner and Allen Iverson will always be bound to each other, by their five kids.