Barbara’s hubby is also the president of basketball operations for the team, the 52-year-old Chicago native is currently under fire due to some mysterious use of social media. Several anonymous Twitter accounts criticizing Joel Embiid and Markelle Fultz, disclosed sensitive information –have been linked to Colangelo.

But it doesn’t end there, Colangelo’s wife Barbara Bottini may also have something to do with it. Born Bryan Paul Colangelo on June 1, 1965; the Cornell University graduate previously worked for the Phoenix Suns and the Toronto Raptors. 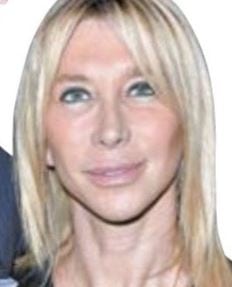 He and wife, Barbara Bottini have been married for years. Together they are the proud parents to son Mattia Colangelo –who graduated from the Upper Canada College in 2016; as well as daughter, Sophia.

The couple’s son Mattia, is currently a college basketball player at the University of Chicago –where he is pursuing a degree in Economics.

It would seem very unlikely, however, reports say, the Burner Accounts belong to none other than Barbara Bottini. Screenshots show that Bottini has both the email address and a phone number ending in 91 –which are both linked to the Twitter accounts.

Many are calling for her husband’s resignation, if in fact Bottini is the one behind the bogus accounts, what will the punishment for her be?