Yumiko Fukushima is the longtime wife of Japanese MLB player, Ichiro Suzuki –who has announced his retirement at the age of 45.

Yumiko’s husband, was until Thursday’s game against the Oakland Athletics –an outfielder with the Seattle Mariners. Ichiro said his goodbyes after 19 MLB seasons.

Born October 22, 1973 in Kasugai, Aichi, Japan –he made his professional debut with the Orix Blue Wave of Japan’s Pacific League on July of 1992. He played in Japan for nine seasons –from 1992-2000, winning three consecutive MVP awards and seven straight batting titles.

Ichiro became the first Japanese position player to sign with an MLB team back in 2001 when he was signed to the Mariners. He spent the last 14 seasons with the team before his retirement. In addition to the Mariners, Ichiro, a 10-time All-Star, played for the New York Yankees and Miami Marlins in his MLB career.

Certainly his biggest and most loyal fan all these years has been his lovely wife, Yumiko Fukushima. The two have been married for two decades. 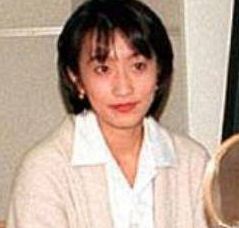 Yumiko was born December 10, 1965; in Japan. She is a former journalist and sportscaster. During her career, she served as a TV news reporter and a TV announcer for TBS TV in Japan. She left her country to become Ichiro’s wife.

Yumiko and Ichiro tied the knot in California on December 3, 1999. Following their nuptials, Yumiko Fukushima became in charge of his finances. His father had been in charge, however he underreported his son’s income and Ichiro was hit with a bill for unpaid taxes back in 2002.

Despite having been married for the last 20-years, the couple does not have any children. The MLB wag keeps is pretty enigmatic, she enjoys a low profile. However, through the years she’s been photographed a number of times next to her hubby at MLB events.

They split their time between their homes in Washington and Seattle.