You are here: Home / MLB / Who is Yoenis Cespedes Current Girlfriend?

Yoenis Cespedes, the Cuban slugger who until recently played with the New York Mets, will undergo a forced period out of the game.

The 32-year-old will be out for nearly a year after reports say he needs surgery for both of his heels. Good news is, that according to Mets’ officials, Cespedes’ injuries are not considered career-threatening and they hope the outfielder will return in 8 to 10 months.

Yoenis first played professional baseball for Granma in the Cuban National Series during the 2003-2004 season and was one of the league’s top rookies. He stayed with the team for eight seasons until 2010. He made his MLB debut in 2012 playing with the Oakland Athletics.

He won back-to-back MLB Home Run Derbies in 2013 and 2014. After a 2015 trade sent him to the New York Mets, he helped lead the Mets to the 2015 World Series, where they were defeated by the Kansas City Royals. Cespedes was signed to the Mets to a four-year, $110 million contract that was due to begin in 2017. 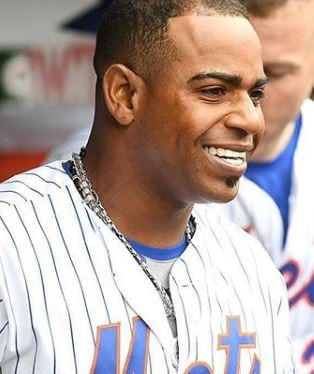 Cespedes who is the proud father of one son named Yoenis Jr. –seems to be currently single. Is safe to say though, that with professional players you can never tell. He may be keeping his current lady love under the radar. 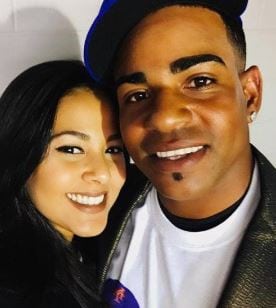 Until last year, it was reported that Cespedes was still in a relationship with stunning brunette, Sandra Quesada. The two dated for a few years but split sometime between late last year and beginning of 2018. He and Quesada lived together for a while at his off-season Florida ranch. It is unclear why he and Quesada split.

We predict however that, Yoenis –who is one of baseball’s highest-paid players –won’t be single for long.