Yainee Alonso is the gorgeous wife of MLB star, Manny Machado –better known as a player with the Baltimore Orioles.

Yainee’s young husband is regarded as one of the best hitters in the major leagues, at 26, the Dominican American shortstop and third baseman has had one heck of a run. Born as Manuel Arturo Machado in Miami on July 2, 1992; he batted .639 during his senior year of high school in Miami, Florida.

In the eye of the fans there’s no question Manny is one of the favorites, but in the eye of his wife he is definitely a lot more. Manny and Yainee Alonso have been married for a while now, making her an experienced MLB wag. 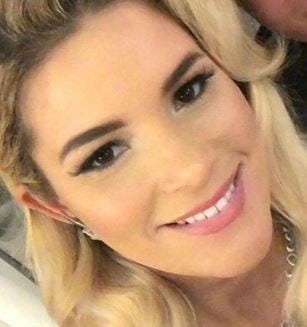 Yainee Alonso is of Cuban descent and is actually the younger sister of another MLB player, that’s right her brother is Yonder Alonso, a first baseman for the Cleveland Indians.

Yainee and Manny got engaged in 2013, at the time Manny was 20 and Yainee 23. They tied the knot in 2014. The lovely wife and mom is also deeply rooted to the MLB world not only for being Mrs. Machado but also for being the sister of Yonder Alonso.

According to her LinkedIn, Yainee attended the University of Miami. She was there from 2008 through 2012, earning her bachelor’s in psychology. When not cheering for her hubby Yainee Alonso also keeps busy caring for the couple’s dogs.