Breaking News: Shane asked the lovely Kara to marry him in July 2021, from the smiles in the image below, we think she said “**** Yes!”

Apart from being a soaring baseball player for the Cleveland Indians, Shane Bieber happens to share a great camaraderie with his girlfriend, Kara Kavajecz.  They have been dating for a couple of years, and are quite vocal about their relationship through their snaps, which they keep updating on their respective Instagram handles,  giving off the vibe of couple goals.

Just who is Kara Maxine Kavajecz, Shane Bieber’s long-time girlfriend and now fiancee (July 2021). They have been together since 2017, and appear to be smooth sailing in their relationship. The couple is committed to each other, and hardly ever miss a chance to shower their love through their Instagram handles. He uploaded a photo featuring he and Kara to mark their anniversary.

It was captioned “3 years down and a lifetime to go”. They make time to travel around places together. Amidst their trip, she posted a selfie with him, with a caption, “don’t know how we can top the memories we’ve made the last couple of weeks traveling around Europe together, but I can’t wait to try. you’re everything and more.” Do you think this testifies to the love they have for each other? We do, but of course, sometimes the couples broadcasting loudly on Social Media are also having the most problems in private. Time will tell and we will bring you updates right here.

They are still young and currently dwelling on their dating phase. But the day may not be far when they will walk the aisle. Put a ring on it Shane! (Update: He listened to us and the happy couple were engaged in July 2021)

Who is Shane Bieber dating?

Just in case you skipped the first paragraph, scrolled randomnly and ended up here…..we’ll say it again for you… Shane Bieber is currently dating his girlfriend, Kara Maxine Kavajecz. They have been together since 2017. They have a good time together, traveling around places and outpouring their affection for each other.

A better question now is, “Who is Shane Bieber Engaged to?”

Kara Maxine Kavajecz originally hails from Northern California. Having completed High School in her hometown, she moved to Santa Barbara to pursue her graduation. She got hold of her Bachelor’s degree after pursuing her course from UC Santa Barbara. Kara always had nurtured a passion for fashion and she took delight in creating varied looks.

This further helped her in shaping her future. Her outlook toward fashion paved the way for her career prospect that welcomed all types of women, irrespective of their shape and size.

She particularly believed that it was important on the part of women to feel positive about themselves irrespective of their shape and size. Kara wanted them to realize how important it was to feel comfortable in any type of dressing they wished to drape themselves with.

Having said that, the brand that she has independently set up is working to meet the needs of every woman. She is trying to create a community of confident, strong, and beautiful women who feel free to dress as they wish without having to ponder over second thoughts, and feel good about it.

Kara, an independent entrepreneur, who owns a brand, runs a fashion store, KaraMaxine.com. It sells accessories and clothing for women. She calls this decision of hers a suitable path for women’s empowerment.

Kara has a Linkedin account with the username, “Kara Maxine Kavajecz”. She has listed down her portfolio tracing her professional embarkment to her current status.

Kara Maxine Kavajecz is an entrepreneur who independently owns a brand and runs a fashion store KaraMaxine.com, which specializes in clothing and accessories for women. This initiative of hers is perceived as a step toward women’s empowerment. 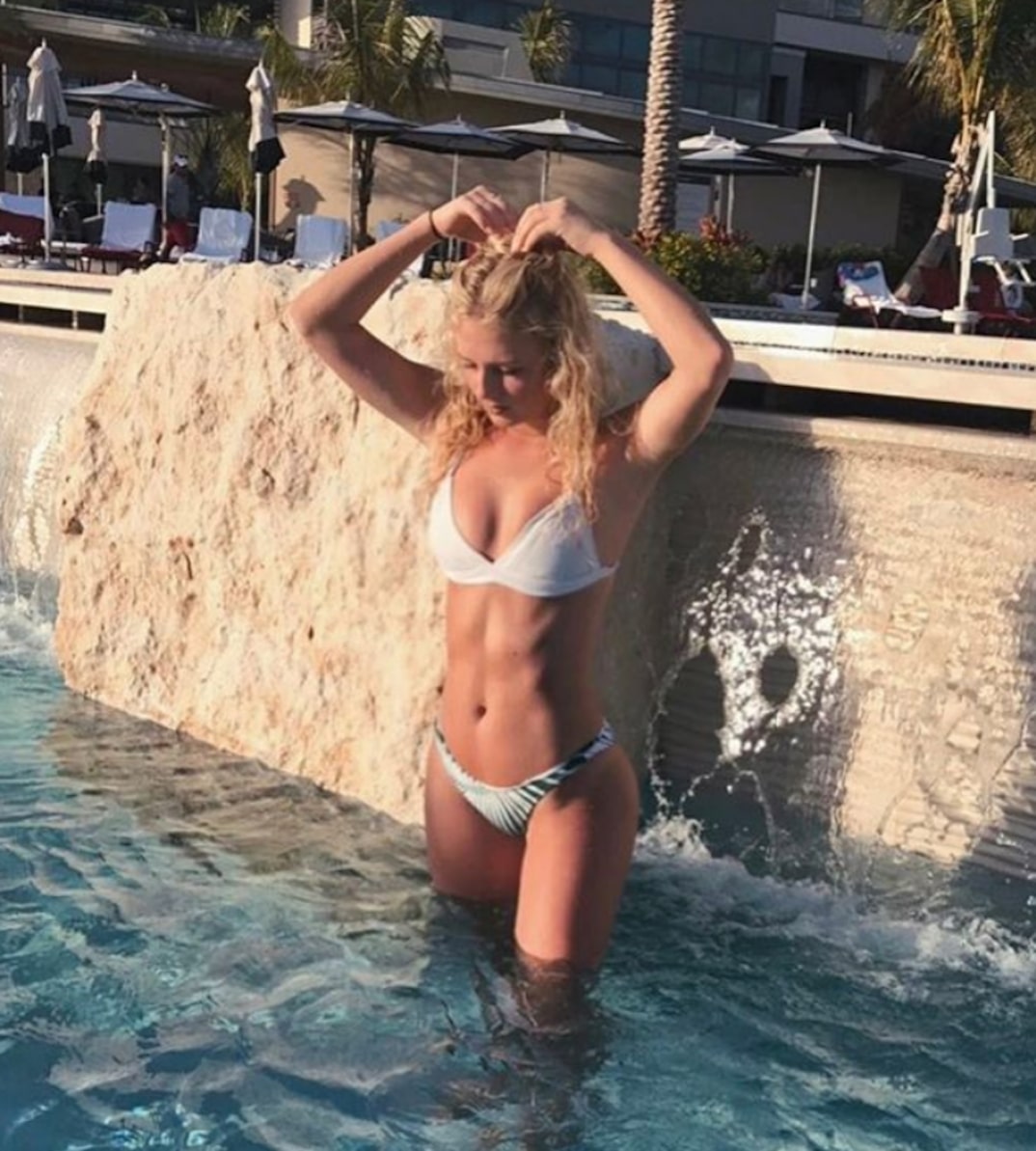 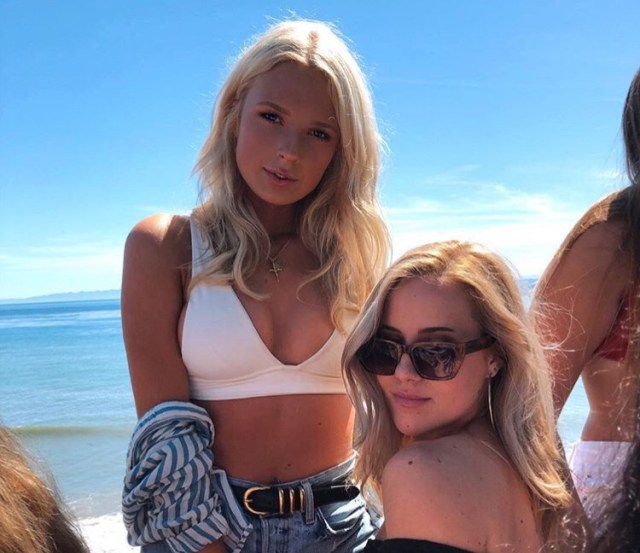 Kavajecz happens to be an active Instagram user. She keeps on updating her posts regularly, giving glimpses of her day-to-day life activities. Also, she is open does not shy away from expressing her love for her boyfriend, Shane Bieber. It’s not hard to find her, pull out your app and search! You didn’t think we were going to do the work for you, did you?

Shane Bieber at the Cleveland Indians

Born on May 31st, 1995, Shane Bieber happens to be a world class baseball pitcher for MLB’s Cleveland Indians. It was in the year 2018 when Bieber’s contract was purchased by the Cleveland Indians and was immediately added to their active roster.

It was on the evening of 31st of May when he made a major league debut, beginning against the Minnesota Twins at Target Field.

Giving up his four earned runs and eight hits, he pitched 5.2 innings while walking one and striking six. As such, the Indians defeated Minnesota by 9-8.

Bieber finished and nailed his rookie season with a 4.55 ERA, 11-5 record, and within 20 appearances, 118 strikeouts. Following his record-breaking matches, he has received a series of accolades. They are, MLB All-Star, All-Star Game Most Valuable Player Award, and the most significant, American Leagues’ 2020 Cy Young Award.

It’s been a year since the Cleveland Indians right-hander Shane Bieber had signed the contract. There is a scope for a contract extension between Shane and the organization, whose negotiation is yet to begin as reported by Bieber himself.

He claims that he is willing to get into negotiations which he is open to. Cleveland Indians have made extensions with its top players in the past, and there is a possibility that they may discuss the same with the 26-year-old Bieber.

What is Shane Bieber’s Net Worth as a Baseball Player?

Don’t be simple-minded? Sheesh! Shane Bieber just happens to share his surname with Justin Bieber. They are in no manner related, except that they are both white males living in the USA and have super hot women that love them. It’s a mere coincidence of name. Nothing more beyond that.

Hahahahaha, seriously who thinks this stuff? Shane Bieber has no siblings, he is and only child. Moreover, he doesn’t share any relation with Justin, except for the surname. Maybe Shane can sing? Has anyone heard him? Post in comments if you have. We’ll pay $5 to anyone that has a live recording of him singing a Brittany Spears tune.

Tell me about Shane Bieber’s Family?

Cleveland Indian star player Shane Bieber was born to his parents, Chris Bieber and Kristine Bieber in Orange, California, on 31st May 1995.  No, Justin Bieber is not his brother, cousin, Dad, mother or twin sister.

Who is Shane Bieber’s Mother?

Does Shane Bieber have Sister

Bieber is a single child, hence, he has no sister. Sorry guys, no pretty pics of a baseball stars’ sister here. If you’re looking for a MLB Hot Baseball Sister, then take a look at Noel Taylor, Chris Taylor’s Sister.

Shane Bieber’s Autograph on a Jersey

Want one like this? Start here, they’ve got all sorts of stuff like this with autographs on it.

Want to more about the loves and lives of MLB’s hottest wives and girlfriends?