You are here: Home / MLB / Who is Blake Taylor’s Girlfriend?

Born Blake Michael Taylor on August 17, 1995; the California native was drafted in 2013 by the Pittsburgh Pirates in the 2nd round of the MLB draft.
The converted starter and 2013 second-round pick from Dana Hills High in Dana Point, Calif.; was traded to the New York Mets in 2014 and spent the next six seasons playing in the minor leagues. He also previously played for the Great Britain national baseball team.
The Astros acquired Taylor from the Mets in December’s trade. He made his MLB debut earlier this year against the Seattle Mariners. Last August, he earned first MLB career save.

You probably already know all about Joey’s baseball stuff, but what about his personal side?
The 25-year-old is keeping quiet about the details of his romantic life and is not clear if there’s a special lady around.

Though it may appear as if he is single, with professional athletes is hard to tell. He may be in the early stages of a new relationship, who knows. So instead, let’s get to know him better and focus on some other facts that make him quite the catch for any lucky lady out there.

1. He is filling a void for the Astros

According to an analysis on Taylor, lefthanded pitchers are nearly absent in their organization. Taylor is one of just four southpaws on the 40-man roster. Astros manager Dusty Baker, said upon his arrival he needed a lefthander in the bullpen. Taylor’s filled that role. 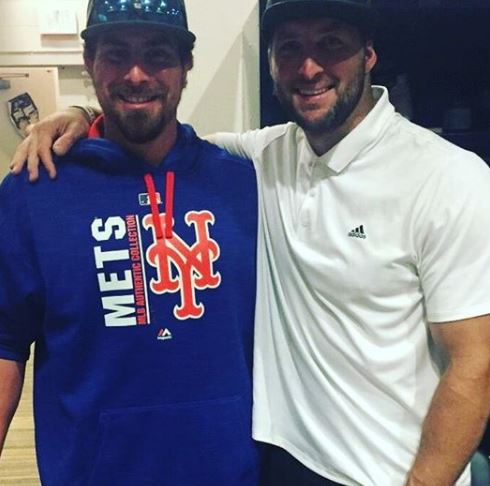 The 6-foot-3, 220-pound lefthander is close friends with former NFL QB turned MLB player, Tim Tebow. The two are former teammates and back in 2017 he congratulated Tim on his promotion posting a photo on social media and captioned the image
Congratulations Tim on the promotion. Continue to do your thing up there. It was great to be your teammate and learn how to be a man of God.

3. He made his dream come true 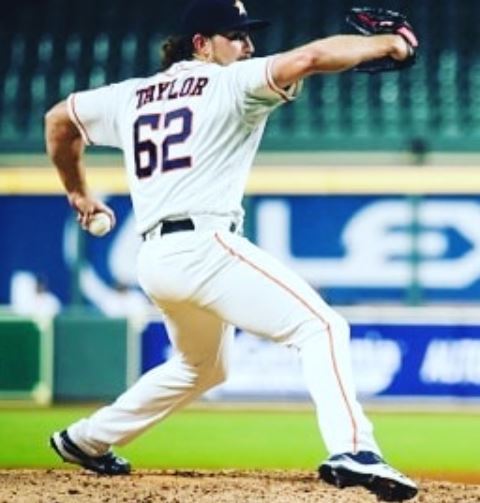 After making his MLB debut last July, Taylor took to Instagram and captioned an image of his big night

Last night was a night I dreamt about for 20 years. I feel so blessed to have been able to make my debut last night with the Houston Astros. The big man up stairs has blessed me! Thank you to all the people who supported me, pushed me, and never let me give up! Jeremiah 29:11

4. He keeps a low profile

Despite he is a professional athlete and the facts that he keeps active on social media, Taylor keeps a tight lip when it comes to his personal life. He doesn’t share much other than baseball stuff so the guy keeps pretty grounded and it’s safe to say he enjoys his privacy.