Tori Voit is the lovely wife of MLB player, Luke Voit -whom you may recognize as a player currently with the New York Yankees.

Tori’s MLB star husband has been a Yankee since 2018 and has been regarded as one of the team’s top run producers.

Born Louis Linwood Voit III on February 13, 1991; the Wildwood, MO.; native played high school baseball at Lafayette High School and he was also on the school’s football team, playing fullback and linebacker.
He went onto play college baseball for the Missouri State Bears. Voit was drafted by the St. Louis Cardinals in the 2013 MLB draft and made his MLB debut with the team in 2017. He was traded to the New York Yankees in 2018.
Luke was named AL Player of the Week in the last week of April 2019 after hitting four home runs in the week.

Off the field, the 29-year-old is happily married to wife, Tori Voit. Want to know more about her? Chek out her top facts below.

1. She also hails from Missouri

Tori Voit was born Victoria Ann Rigman on August 21, 1992. Tori is one of the children born to Jacqueline and James Rigman. She and her older brother Tyler, were raised in St. Louis, Missouri.

2. She is a dedicated wag

Tori went to Parkway School District and is a graduate of the University of Iowa. There are no details available about her profession or if she has a job. It’s safe to say she keeps busy cheering for her man and being a professional baseball watcher; she describes herself on social media as ‘wifey.’

3. They have been married for nearly two years 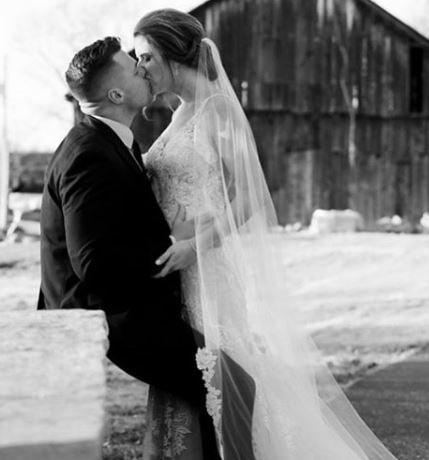 Tori and her hubby had been dating since at least 2015. He popped the question in October 2017 and became husband and wife in December 2018 at the Stone House of St. Charles in their native St. Louis. For their honey moon, they went to the Dominican Republic.
For the couple’s one year anniversary, Luke shared a photo of their wedding and captioned the image

Happy anniversary to the most amazing girl in the world! I’m so lucky to call you my wife and best friend and can’t wait to spend the rest of my life with you! #happy1year #timesinfinityplusone

4. She is a private person

Despite being married to a famous professional athlete, Tori is mindful of her personal life and enjoys keeping a low profile. She doesn’t share much of her day to day activities since her social media is set to private. She does appear here and there on her hubby’s page though. It’s safe to say the pretty lady is totally ok with her man on the spolight while she watches quietly. 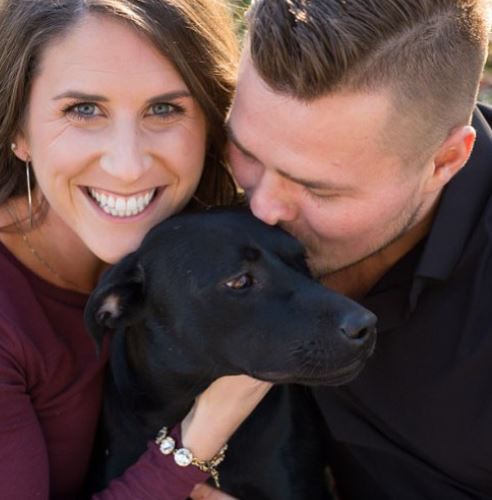 Though her IG account is set to private, Tori Voit write on her bio, ‘Dog momma to Lola’