Salvador Perez, is the MLB star whom you may recognize as a current player with the Kansas City Royals.

Salvador, aka ‘Salvy’ or ‘El Niño’ has carved out his legacy as one of the greatest catchers in franchise history.
The 30-year-old is said to have signed a four-year extension contract with the team which is worth a franchise-record $82 million.
Perez was born on May 10, 1990 in Valencia, Venezuela and made his debut with the Royals in 2011.

Check out below 10 of the most notable moments in his career so far. 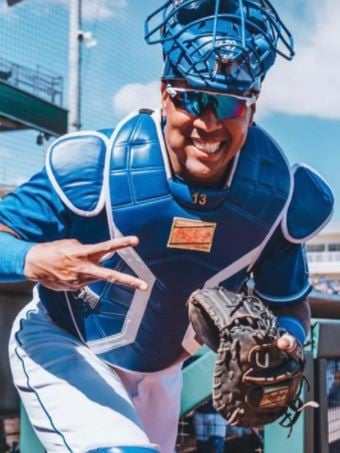 1. He jumped onto the Royals’ radar as a teenager

Perez jumped onto the Royals’ radar in 2006 as a 16-year-old infielder in Venezuela, when Orlando Estevez, now the Royals’ coordinator of Latin American scouting, asked if Perez could throw from behind home plate. Something about catching felt right to Perez, and the Royals signed him as a catcher that year.

2. A debut to remember

Most players make an impact in their first game with the bat. Perez did it by picking off two Rays runners on Aug. 1, 2011. Perez caught Casey Kotchman at first and Sam Fuld at third. Perez also had an RBI and scored a run in an 8-7 loss.

3. He has represented his country.

He represented his native Venezuela at the 2013 World Baseball Classic.

5. He has won MVP honors 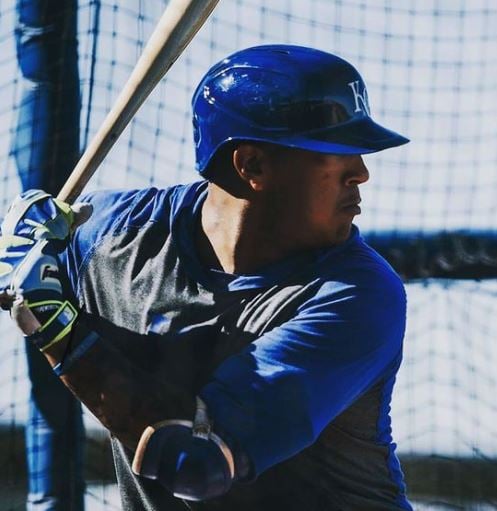 Perez hit a two-run homer that staked the Royals to a 2-0 lead over the Houston Astros in the second inning of Game 4 of the 2015 American League Division Series. The Royals ended up rallying for a 9-6 victory that is part of Kansas City lore.

Perez was the second catcher in Royals history to have five hits in a game when he went 5 for 5 against the Twins on May 23 in Minnesota.

He’s coming off a 2020 season in which he was named American League Comeback Player of the Year after missing all of 2019 recovering from Tommy John surgery. He hit .333 with 11 homers and 32 RBIs over 37 games.