Tiffany Ortiz is the lovely wife of former Boston Red Sox player David Ortiz -who is currently recovering from a third surgery stemming from the gunshot wound he suffered last month.

Tiffany’s 43-year-old hubby widely known as Big Papi -was mistankenly shot in the back at a bar in his native Dominican Republic on June 9. He was rushed to a local hospital, where he underwent one surgical procedure, before the Red Sox arranged to have him transported to Boston to receive additional care. He had a second successful surgery after arriving at Massachusetts General on June 11.

At least 11 suspects have been arrested in connection with the shooting.
Luckily for David, he’s been able to count with the love and support of his lovey wife, Tiffany. Find out more about her in her top facts. 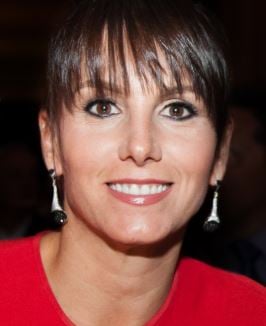 Tiffany Ortiz was born and raised in Wisconsin and is a huge Green Bay Packers fan. She met her hubby in 1996 when he was playing for the Wisconsin Timber Rattlers, a Seattle Mariners’ Single-A team.

Tiffany became the official Mrs. Ortiz in 2002, meaning the couple has been married for 17 years; however they have been together longer than that. The couple’s daughter, Alexandra were born prior to their nuptials. Alexandra was born in 2001 and their son D’Angelo was born in 2004. Ortiz also has another daughter, Jessica, born in 1996, from a previous relationship.

Tiffany Ortiz has been a stay-at-home mom for years, which David Ortiz claims is something they both wanted in order to make sure their children got enough attention and embodied the good qualities they’d hoped to pass on to them.

Together with her husband David Ortiz, Tiffany founded the David Ortiz Children’s Fund in 2007. She is passionate about the Fund’s mission, and never wants to see any child turned away for surgery for lack of funds.

#5 She has a wealth of philanthropic experience

Tifany Ortiz is also on the Boston Board for UNICEF, and has been very active in the Red Sox Foundation. She works closely with the Red Sox organization to support the team’s engagement in the Fund’s life-saving work.

#6 Tiffany and David separated for a while

The couple went through some rocky patches in their marriage and even separated back in 2013. They were able to work through their differences, however, and in 2014 were back together. According to Tiffany, it was because they missed each other too much. She also said at the time that things were “better than ever.”