Tifanny Nicole Smith is the proud and supportive wife of MLB star, David Price, whom you know as the highest paid pitcher in baseball history.

Price has also played with the Detroit Tigers and Toronto Blue Jays.

In 2015 the Tigers traded him to the Blue Jays, who won their division and advanced to the ALCS. That following off-season, the Boston Red Sox signed Price to a seven-year, $217 million contract.

No doubt Price has had plenty of regular season success during his career, however, he has struggled mightily in the postseason, experts say.

Luckily for him there’s extra comfort from his biggest fan, his wife, Tiffany Nicole Smith. Read her top facts below. 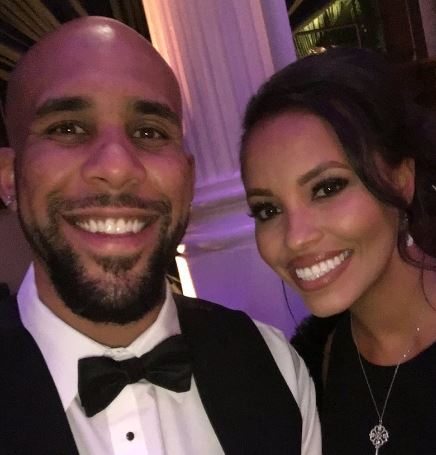 1. She is a college graduate

2. She is an animal person

Tiffany Nicole and her man are definitely smitten with dogs. They are the proud owners of Astro Price, a French bulldog.

3. She made headlines for the wrong reasons

Back in 2013 she went off on Fenway fans, after her man’s less-than-stellar performance at Fenway.

Smith also tweeted after Price’s Game 2 loss, pointing out that David Ortiz may have flaunted his home run. She wrote: “Wow he pimped the **** out of that homerun. #KeepItClassyBoston.”

4 She is not shy about their relationship

Tiffany and David Price have been dating for several years. She has traveled intensively to attend his games and cheer for him and has also made of public knowledge about how the couple almost broke up once because David tends to name literally everything, including his own buggers.

5. She is currently pregnant.

Married since 2016, Tiffany and her hubby are currently expecting their first child together.