Tess’s hubby is a Tucson, Arizona native born June 22, 1982; he who won Arizona state championships in baseball with Canyon del Oro High School in 1997 and 2000.

He was drafted twice by the Arizona Diamondbacks but Kinsler chose to play while in college first. After playing for Central Arizona College, Arizona State and University of Missouri –he was drafted a third time. This time, he signed with the Rangers on his 21st birthday.

He initially started his career as a shortstop but began his transition to second base in the minor leagues in 2005. 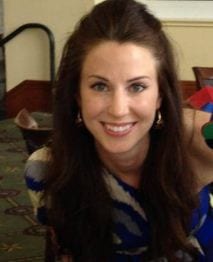 The second basemen who helped lead the Texas Rangers to AL Pennants in 2010 and 2011. He was traded to the Detroit Tigers in 2014 and stayed with the team until 2017. Since then he’s played with the Dodgers and most recently with the Red Sox. He was signed to the Red Sox over the summer.

There’s no doubt the vet MLB player has had the support of his wife, Tess Brady through his ups and downs.

The couple met while attending college and have been married since 2006. Tess Brady has since given birth to two children. The couple first welcomed a daughter, Rian Brooklynn Kinsler –in 2008. They welcomed a son, Jack Jamisson Kinsler in 2011.

While her husband does his thing, the MLB wag and mom of two is also busy being an elementary school teacher. Tess Brady usually keeps a low profile and by the looks of it, is not a big fan of social media. Ian Kinsler however does keep an active Instagram page, check him out and catch a few pics of the lovely Tess Brady.