Terri Dykstra is the longtime wife of former all-star outfielder, Lenny Dysktra –who has been indicted on drug and threat charges.

Terri’s hubby was once an MLB hero, he played in part of 12 big-league seasons with the New York Mets and Philadelphia Phillies. He posted a 120 OPS+ for his career and was a three-time All-Star. He was part of the Mets’ 1986 World Series title team.

This isn’t the first time the former player has trouble with the law, Dykstra served a six-and-a-half-month sentence in federal prison for bankruptcy fraud and other charges in 2012.

The centerfielder nicknamed “Nails” –lived a millionaire’s life for a while but ended up bankrupt, jailed on state charges that included grand theft auto, and then in federal prison. After he retired from MLB, he attempted careers as a car wash kingpin, online stock-picker and magazine mogul.

The family’s finances began unraveling when the ex-Met overruled his wife and bought Wayne Gretzky’s Ventura County, Calif., mansion for $17 million in 2007. 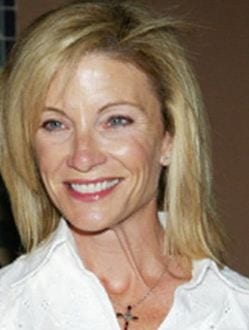 As loan payments mounted, he lost his advice column with Jim Cramer’s TheStreet.com and burned through cash trying to launch a high-end jet charter company and magazine marketed to professional athletes.

Lenny Dykstra and Terri Peel became husband and wife in 1985. Together they raised three sons: Cutter, Luke and Gavin. She filed for divorce in 2009 – three months before Lenny declared bankruptcy according to the NY Daily News.

As part of the divorce settlement, Dykstra ceded his big-league pension to his wife. 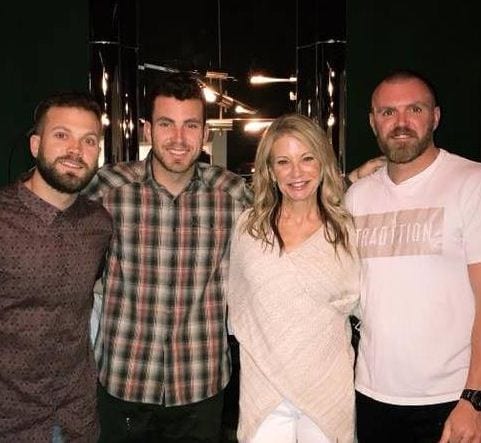 58-year-old Terri a Mississippi native, is currently a resident of Westlake Village, California. The former wife and mom of three had to get a job after not working for over two decades. She is apparently employed at Westlake Oral and Plastic Surgery.

Terri’s son Cutter, was Milwaukee’s second-round pick in 2008. He is married to Jamie-Lynn Sigler and together have two sons, Beau and Jack.

Luke Dykstra was a seventh-round pick in 2014, is playing high-A ball with the Cardinals organization. Gavin Dykstra played baseball at Cal State Northridge.