Noelia Marte was the lovely wife of MLB player, Starling Marte -best known as a player with the Arizona Diamondbacks.

The 31-year-old Dominican center fielder, recently announced the sad news of his wife’s passing. According to reports, Noelia had been in the hospital waiting for surgery on a broken ankle but in a bizarre and tragic turn of events, she died while in the hospital of a heart attack on Monday, May 18th.

The couple who had been married for years, welcomed three children together. In addition to her famous husband, Noelia Marte is survived by their three children, sons Starling, Jr. and Smerling and daughter Tiana.

Noelia Marte who was born Noelia Brazoban, was married to Starling for nearly a decade. Like her man, Noelia who was in her 30’s, was also a native of Dominican Republic.
She was born to parents, Flérida Guzmán de Brazobán and Gumercindo Brazobán -as the only girl among six siblings. Noelia Marte leaves behind five brothers, among them, Wason Brazobán, a Dominican singer and songwriter. Noelia Marte was 31-years-old. 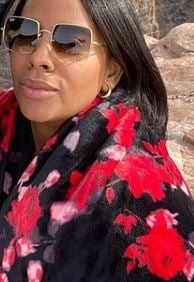 The mother of three, was best known as the wife of her MLB stud husband. Noelia’s husband was born October 9, 1988; in Santo Domingo, Dominican Republic as Starling Javier Marte. He was raised by his grandmother after his mother died when he was just ten years old.
The Pirates signed him as an amateur free agent in 2007. He made his MLB debut for the Pittsburgh Pirates in 2012. Starling spent the first eight seasons of his MLB career with the Pittsburgh Pirates. Since then, has won two Gold Gloves. In 2016 he stole 47 bases for the Pirates, that same year he made the NL All-Star team. Earlier in 2020, Starling was traded to the Diamondbacks.

Startling took to Instagram to write about Noelia’s death, “Today I go through the great pain of making public the unfortunate death of my wife Noelia, due to a heart attack. It is a moment of indescribable pain. On behalf of my family, I am grateful for the expressions of esteem and solidarity in this difficult time.”