The 23-year-old attended Grand Canyon University, she graduated in 2018 with a B.S. Psychology and Minor Marketing.
According to her LinkedIn, she is a Social Media Specialist at Brandon Crawford Camps -based in Phoenix, Arizona. She began her career as a Social Media Marketing Inter at Wilderness Athlete. She was later a Learning Advocate/Social Media Team at GCU and was hired as a Recruitment Advisor for Medix.
She previously worked in sales for Beauty Brands back in 2014.

One can say that Cody has everything going for him, including a successful career and a pretty girlfriend. He is currently dating Chase Carter. But, he is not yet married. Watch this space on updates on his marital status.

Who has Cody Bellinger dated?

As a rookie in 2017, reports of Cody dating Melyssa Perez surfaced. They soon died out and has was spotted multiple times with Sabrina Denham. The couple had known each other since high school. Nowadays, Cody is dating model Chase Carter.

Cody first came into the limelight in 2017 and so did his relationship status. He was reportedly dating Melyssa Perez at the time. The reports soon died out and he was linked with Sabrina Denham for two years. Now, he is dating Chase Carter. Read on here for more juicy info about other Dodgers Hottest Wives and Girlfriends.

In 2017, Cody was spotted hanging out in the dugout with Melyssa Perez. They went on a couple of dates but it ended before getting too serious.

Melyssa and Cody went on some dates in 2017. They were even spotted together in the dugout at a match but the relationship never took off.

In 2028, he was dating Sabrina Denham, a girl he went to high school with. Rumors were that the two met through a reunion at high school and started dating.

Cody and Sabrina were dating throughout 2019. They were definitely serious about each other and were in a committed relationship. Some even think they looked like a married couple as lovely Sabrina already enjoyed the perks and glitz of being in a relationship with a professional Athlete. The stunner appeared alongside her MLB stud at the 7th annual Ping Pong 4 Purpose celebrity tournament last year. Also in 2019, they attended the 5th Anniversary Los Angeles Dodgers Foundation Blue Diamond Gala at Dodger Stadium.

Who has Chase Carter dated?

Chase Carter is an attractive swimsuit model who has been featured on the cover of Maxim. She dated

Get to know more about Chase Carter here.

Chase Carter was born in 1997 and has Bahamian nationality. She has worked with Nylon, Maybelline New York, and Maxim. She was dating swimmer Conor Dwyer before Cody Bellinger.

Sabrina and Cody have known each other since high school. The couple dated until 2020 and now Cody is with Chase Carter. The two had a very close relationship.

Cody is now dating Chase Carter, who you can find on Instagram @lilbabycheezus. But, in order to find his ex-girlfriend Sabrina on Instagram, use @sabrinadenhamm.

Although not married yet, he is dating model Chase Carter.

Who has Sabrina Denham Dated?

Sabrina gained fame when the reports of her relationship with Cody surfaced. The two allegedly met during a high school reunion and started dating. The two ended things in 2020.

In 2017, when Cody was a rookie, he was reportedly dating Melyssa Perez. The couple did not make the relationship official but went on a couple of dates.

Maxim model Chase Carter is the girlfriend of Dodgers player Cody Bellinger. The two have recently started dating after Cody broke up with Sabrina Denham.

Recently in January 2021, Cody signed a contract with the Dodgers amounting to $16.1 million.

Cody has an overall rank of #49 and is not currently playing. He is out because of a leg injury. He posted a video of himself running which means he might be returning soon. Get more information here.

Cody signed a contract with the Dodgers for $16 million in January 2021.

The first product to feature a Cody Bellinger rookie card was the 2017 Bowman Baseball bat. After he set multiple records of home runs and impressive performances, the numbers mounted up and now we have over two dozen categories for his cards.

Cody James Bellinger was born on July 13, 1995. He is 25 years old and will turn 26 in July.  His father, Clay Bellinger, played in the MLB and his younger brother, Cole, was drafted by the San Diego Padres in the 2017 MLB Draft.

Cody suffered an injury in his left leg and has missed most of the games in 2021. The injury was a hairline fracture in the left fibula. He has to undergo a rehab assignment and is recovering at a fast pace.

Cody has different mechanics for his swing than traditional. He stands to purify with his head central to the body and the bat parallel to the ground. His front leg is bent to adjust the speed fluctuation of the pitch. His hips are open to give a recoil effect generating more power.

Cody went to Hamilton High School where he played baseball for the team. He was drafted in the 2013 Major League Baseball draft and made his MLB debut in 2017. 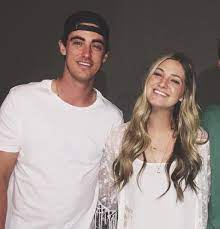