Sonia’s husband is making headlines after reports say he is being sued by an empire after Lo Duca accused him of bribery.

Paul Anthony Lo Duca Jr. was born on April 12, 1972; the NY native was drafted by the Los Angeles Dodgers in the 25th round of the 1993 amateur draft out of Arizona State. He made his Major League debut in 1998.
During his career he played for the New York Mets, Washington Nationals and the Florida Marlins.
Lo Duca became a free agent after the 2008 season and did not play in 2009. In June 2009, he joined TVG Network as an analyst and began working on 2009 Belmont Stakes day.

He and former wife, Sonia Lo Duca also faced their share of drama after Sonia filed for divorce amid cheating allegations. 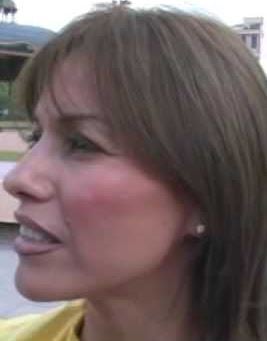 Sonia Lo Duca and Paul tied the knot in 2000, but in 2006, major trouble in paradise erupted. Back then, Sonia leaked to The New York Post that her husband was cheating on her with a young woman, which led her to file for divorce. The 19 year old woman was revealed as Krista Guterman, who met Lo Duca at a pickup bar. He told her he was divorced, and the two started hooking up.
In addition to the adultery claims, Sonia also added gambling allegations to her then husband.

Sonia Lo Duca was born Sonia Flores on March 4, 1972; the Texas native made a name for herself as a Playboy model and the subsequent wife of a professional athlete.

Sonia worked as a waitress at a Hooters in San Antonio, Texas. She later posed for the Hooters calendars (in 1999 and 2000), which led to her twice appearing in Playboy magazine and the Playboy video “Lusty Latin Ladies.”
She Paul Lo Duca became husband and wife in 2000 at the Little Church of the West in Las Vegas. In 2004, Sonia Lo Duca gave birth to the couple’s only child, daughter Bella Lucia.
Since the cheating scandal, it appears Sonia Lo Duca has kept a low profile, the former MLB Wag and mother of one is not into social media either.